The quote I use to describe my Tumblr, ‘exploring the general in the peculiar and the sublime in the familiar,’ is a nod to two phrases often used in introductory sociology texts and classes, ‘seeing the general in the particular’ and ‘the strange in the familiar’. These phrases are often attributed to the magnificent Peter Berger (1963). Berger did not use these phrases specifically, but he did inspire John Macionis, who actually coined the phrases drawing on Berger’s work.

Strange in the Familiar

Berger argues that sociology allows people to recognise that ‘The familiar now seems not quite so familiar any more’ (1963: 22). In other words, Berger believes that sociology provides methods and theories to measure broad social patterns and to identify and address the common factors affecting social behaviour across time, within different sections of a specific society, or across various cultures.

Any intellectual activity derives excitement from the moment it becomes a trail of discovery. In some fields of learning this is the discovery of worlds previously unthought and unthinkable… there is a deceptive simplicity and obviousness about some sociological investigations. One reads them, nods at the familiar scene, remarks that one has heard all this before and don’t people have better things to do than to waste their time on truisms – until one is suddenly brought up against an insight that radically questions everything one had previously assumed about this familiar scene. This is the point at which one begins to sense the excitement of sociology’ Berger gives the example of recognising that the racial system in the southern parts of the USA has similarities with the Hindu caste system in India (1963: 21-22).

General in the Particular

Berger argues that ‘the first wisdom of sociology is this – things are not what they seem… Social reality turns out to have many layers of meaning. The discovery of each new layer changes the perception of the whole’ (1963: 23). This means that sociologists critically re-evaluate taken-for-granted assumptions about the world that people usually presume are ‘natural’, ‘normal’ or ‘the way things should be’. 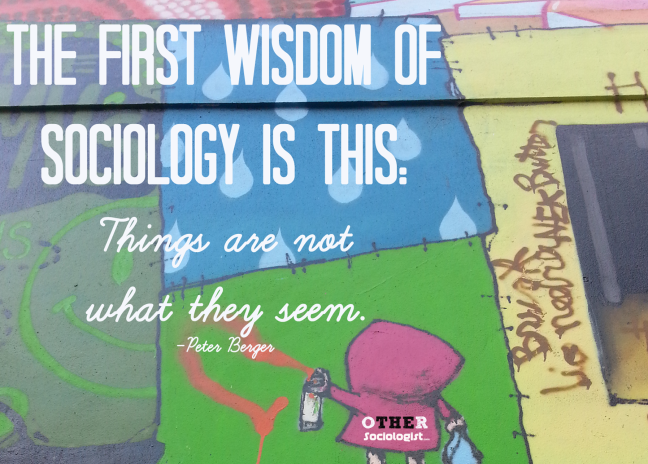 Check out Peter Berger’s book ’Invitation to Sociology: A Humanistic Perspective’. It is a fun and easy read. Check out Berger’s Blog, Religion and Other Curiosities.

Kevin J. Christiano (1990) reviewed the enduring significance of Berger’s book in the Teaching Sociology (Vol. 18, No. 4). For more discussion on the phrases  ‘general in the particular’/’strange in the familiar’ and their sociological meaning, check out the introductory textbook Public Sociology: An Introduction to Australian Society (2nd ed.) by John Germov and Marilyn Poole (2011: 6). Read some of Berger’s work on SocioSite. 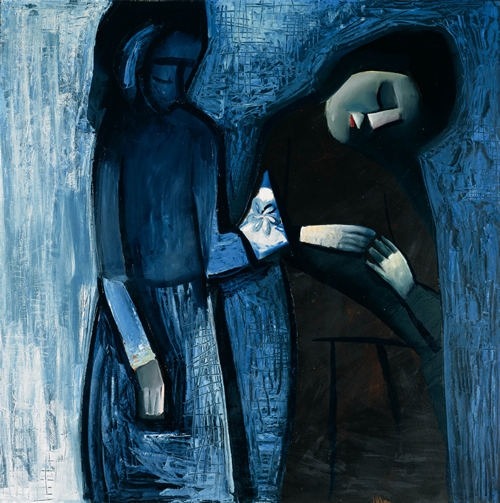 Quote via The Painter’s Keys.