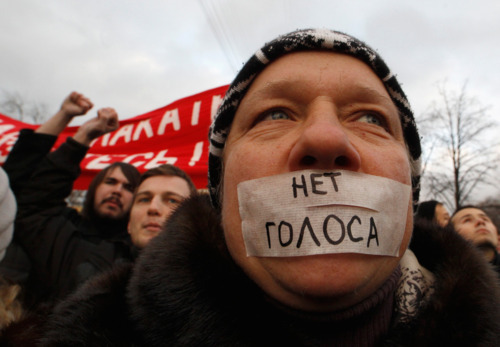 …St. Petersburg, on December 10, 2011. The sticker reads “No voice (vote)”. (Reuters/Alexander Demianchuk. Via The Atlantic)

Russians from different social and political backgrounds have been protesting for several days over fraudulent parliamentary election results that have seen Vladimir Putin marginally reinstated as President. The largest demonstration so far was publicised on Facebook and it was held in Moscow’s Bolotnaya Square.

The next mass protest is scheduled for the 24th of December, but other rallies continue despite the ongoing arrests of protesters. Alan Taylor writes in The Atlantic: 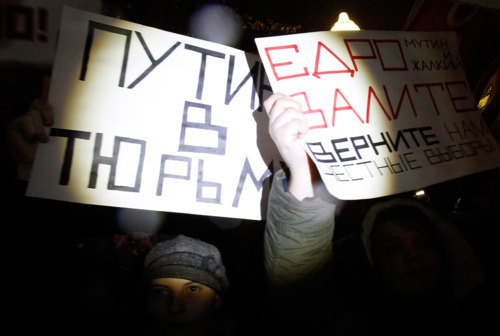 Participants hold placards during an opposition protest in central Moscow, on December 5, 2011. The placards read “Putin in prison” (left) and “Begone United Russia, return our unfair elections”. (Reuters/Sergei Karpukhin. Via The Atlantic) 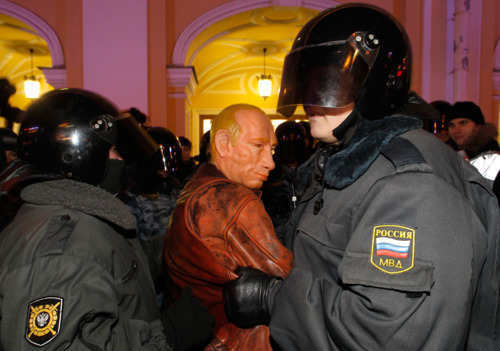 Russian police detain an activist wearing a Vladimir Putin mask during an opposition protest in St. Petersburg, on December 8, 2011. (Reuters/Alexander Demianchuk. Via The Atlantic) 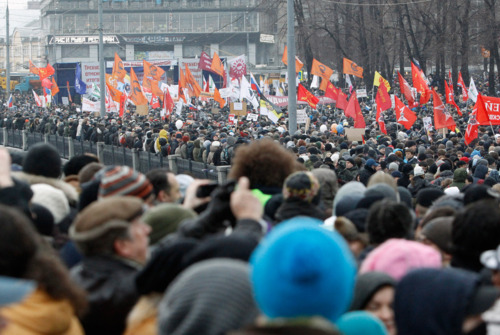 People attend a rally in Moscow’s Bolotnaya square to protest against violations at the parliamentary elections, on December 10, 2011. (Reuters/Sergei Karpukhin. Via The Atlantic) 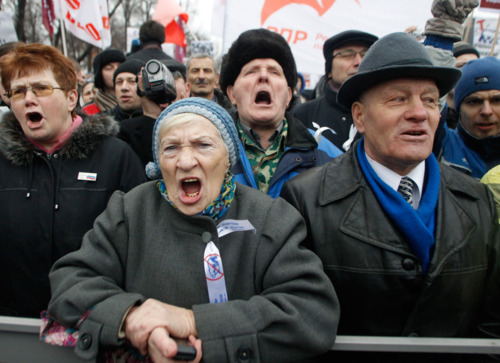 Photos and quotes via: The Atlantic.