The history and influence of anime is rich and complex, from its origins in early 20th Century Japanese manga comics to its present-day popularity around the world. Korean communications researcher, Jin Kyu Park, has explored the influences on anime and its appeal to international audiences. Park documents that the growth of anime links back to Japan’s economic boom in the 1960s, which enabled the development of new television genres, including anime.

The first televised anime series was Otagi Manga Calendar in 1962, but its successor Tetuwan Atomu in 1963 achieved greater popularity. Over the next two decades, the scope and influence of anime had spread beyond Japan. By the 1980s and 1990s, Park establishes that anime had developed a strong cult following around the world. Technological advances facilitated this process. With the diffusion of video recorders, fans were able to obtain copies of anime series and share them through anime fan clubs and conventions.

Several anime series contain the some of the most internationally recognised animated characters, including Astro Boy – the manga cartoon of the 1950s which was turned into an anime TV series in the 1960s. Anime took off to a wider  worldwide market through Pokémon, a late 1990s video game which was turned into an anime (and which I, incidentally, could never get into).

To uninitiated audiences, the most easily observable and perhaps the most shocking aspects of anime are its graphic depiction of violence, sex and supernatural themes. Park has explored the international consumption of anime by its fans in a different light. Park argues that this popularity is due to the way anime integrates various cultural, historical and religious ideas from Japan and other societies. In particular, Park sees that anime’s concern with spirituality marks it out as distinctive from other popular cultural animation genres.

It is not simply that anime regularly depicts non-human characters, such as demons, monsters, angels, aliens, magical animals, gods and other mythical beings. Instead, Park argues that the transcendental appeal of anime is that these beings often represent aspects of ‘good’ and ‘evil’, in a way that is less clear-cut than other religious representations of morality, such as in mainstream Christianity. 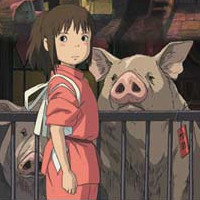 The fact that anime cartoons borrow from various religious traditions makes it simultaneously distinctive and appealing to international audiences. Park interviewed American anime fans, one of whom explains the appeal of anime this way:

I guess I would say that because anime is so all encompassing, they aren’t afraid to step into different cultures or ideas and then draw and make a storyline out of it and create something that’s entertaining and beautiful at the same time. I think that’s one of the reasons I like it so much. ’Cause they aren’t restrained by anything. The sky is the limit. They can draw anything they want to. And still keep a cheerful attitude about it. I really like that.

Park’s research shows that fans of anime see it as distinctive and ‘beautiful’, with its themes of social resistance, adventure and sacred quests. The appeal of social rebellion in anime films is expressed through the idea that anime is not ‘restrained by anything’.

Anime, like other forms of animation, might be easily dismissed as light entertainment – thus falling into the realm of the ’mundane’. The longevity and international appeal of anime speaks to its unique contribution to transnational popular art.

In future posts, I will consider other issues related to the international value of anime as a cultural export and I will discuss case studies of some of my favourite anime films.

If you have any favourite anime shows or films, let me know which ones and why.

Spirited Away. Via Anime News Network.