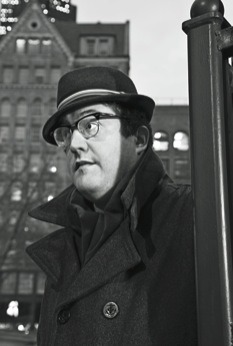 Q. R. Markham (real name Quentin Rowan), the author of Assassin of Secrets, talks to Lizzie Widdicombe from The New Yorker about his compulsion to plagiarise. The article is fascinating: it covers the idea that plagiarism was an addiction for Rowan. (Widdicombe notes plagiarism actually doesn’t meet the psychological definition of addiction; it is classified as a compulsion). Rowan talks of how his early success as a young writer led to his anxiousness to be excellent and to please people. Unable to put in the work required to develop his craft, he began his life as a serial plagiarist while he was still in high school. The article also touches on the fact that the publishing industry assumes that agents and publishers will know enough about writing to pick up on acts of plagiarism before they sign authors. Widdicombe points out that plagiarism is not a crime. Acts of plagiarism can be found to be in breach of copyright laws, but plagiarism itself is judged as an ethical transgression. I also loved this section that talks about the distinction between emulating stylistic conventions of other authors and genres and plagiarism.

Originality is a relative concept in literature. As writers from T. S. Eliot to Harold Bloom have pointed out, ideas are doomed to be rehashed. This wasn’t always regarded as a problem. Roman writers subscribed to the idea of imitatio: they viewed their role as emulating and reworking earlier masterpieces. It wasn’t until the Romantic era, which introduced the notion of the author as solitary genius, that originality came to be viewed as the paramount literary virtue. Plagiarism was and remains a murky offense, “best understood not as a sharply defined operation, like beheading, but as a whole range of activities, more like cooking,” the English professor James R. Kincaid wrote in this magazine in 1997. Imagine a scale on one end of which are authors who poach plot ideas (Shakespeare stealing from Plutarch) and on the other are those who copy passages word for word: Jacob Epstein, who cribbed parts of his novel “Wild Oats” from Martin Amis’s “The Rachel Papers”; the Harvard sophomore Kaavya Viswanathan, whose novel plagiarized chick lit.

I found this article to be equally intriguing as well as frustrating. Plagiarism interests me for three reasons: first, having had to deal with students plagiarising when I used to teach at university, I felt perturbed that policies in dealing with plagiarism are not uniform. Secondly, after I left academia and entered the public sphere I had to learn to deal with the devastation that there is little protection of my work. Writing reports that are not released publicly makes it difficult to argue against outside experts who appropriate my ideas. Thirdly, I see many problems that go along with blogging with respect to plagiarism. Writers have to actively try to catch people who steal or reproduce their work without attribution. The main option currently available to bloggers is to ‘name and shame’ blogs that plagiarise; but other than that there is little recourse.

Image credit: Photograph by Molly Landreth via The New Yorker.