We want from them deeds and actions, not more condemnations and promises.

Syrian protester Abdul Rahman reflects the frustration felt in Homs at the ongoing state violence in his city and around his country. 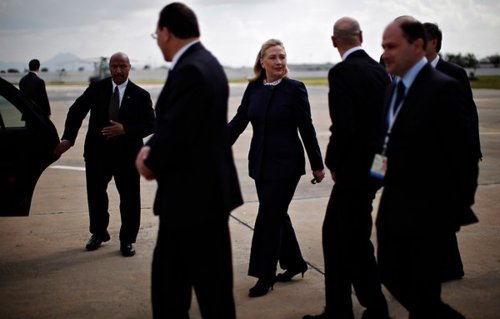 International intervention in Syria has stalled. Russia and China blocked the United Nations Security Council from intervention. Over 60 nations have gathered in Tunis to urge the Syrian government to halt action and to explore the possibility of the UN sending in a peacekeeping force. The USA has pledged $10M in food and other aid to Syrians, but with various Syrian cities under siege by State forces and thousands of Syrian refugees scattered in Turkey and Jordan, the people of Syria are asking for stronger international action against their government. 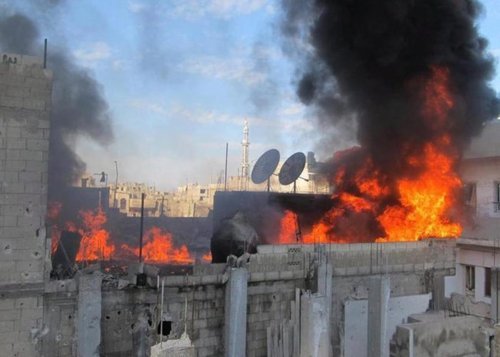 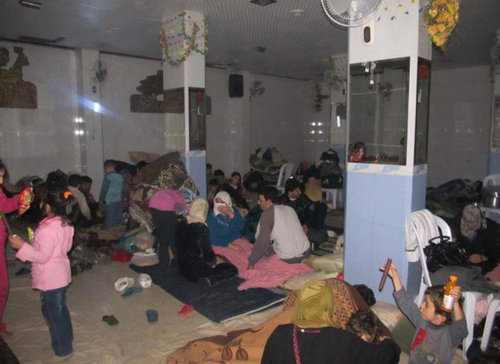 1. USA Secretary of State Hillary Rodham Clinton arrived in Tunis on Friday [24th Feb 12].
2. Local Coordination Committees, via European Pressphoto Agency. A photograph provided by an alliance of grass-roots activists in Syria is said to show residents of a neighborhood in Homs in a shelter during a government assault.
3. Local Coordination Committees In Syria, via Associated Press. The Baba Amr neighborhood. The image was also supplied by opposition groups.