Like most adoring fans of the [REC] franchise, I came to this film brimming with excitement. REC³ Genesis (the third REC film) is the first of 14 films I’m watching at the MIFF. Unfortunately, this third instalment is disappointing – primarily because of it does not live up to the REC legacy. 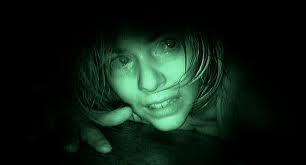 Taught and inventive, the first [REC] film was released in 2007, delivering effective horror and using the shaky cam mockumentary style to full effect. Written and directed by Jaume Balagueró and Paco Plaza and their other writing collaborator, Luiso (Luis) Berdejo, REC introduced horror fans to a strong new female protagonist.  Ángela Vidal  (played by Manuela Velasco) is a reporter who accompanies a fireman crew to an apartment building, her every move chronicled by her faithful cameraman. The audience soon learns that the apartment complex is home to an ever-increasing number of tenants who are infected with a mysterious virus that turns them into quick-limbered zombies. Velasco delivers a great performance that compelled the audience to care for her character as she screamed, ran, fought and crawled through the chaos and in the darkness.

The second film, [REC²], opens immediately where the first film leaves off, with a SWAT Team storming the apartment building seeking to restore order and to figure out what transpired. We view the unfolding mayhem through the SWAT members’ helmet cams. The team is accompanied by a gravely serious priest who is motivated to stay in the building even as the body count rises, intent on seeking out the source of the zombie infestation.

These two REC films invigorated the zombie genre by blending supernatural and religious themes with a brilliant and frightening twist. Having established a relatively complex mythology explaining the zombie plague, fans flock to the latest film with assurance that this legend will take more thrilling and unexpected turns. Instead, we get a comedic and notably pedestrian fare.

I feel comflicted about REC Genesis. If you’ve not seen the other two films, nor the competent American remakes, Quarantine and Quarantine 2: Terminal (also penned and helmed by the original Spanish writer-directors), then REC Genesis stands as an above average and enjoyable zombie romp. For fans of the first two REC films, it seems inevitable that you will be left wanting.

The two leads in REC Genesis make an amiable pair to watch. Clara (played by Leticia Dolera) and Koldo (Diego Martín) are newlyweds whose wedding reception becomes the scene of a massacre as one of the guests carries the zombie infection, having crossed paths with one of the unfortunate tenants from the first film. Apart from this tenuous connection, Genesis does little to extend the story that evolved over the other REC films. There is more religious injection into this plot, but it lacks the provocative and terrifying lick of the previous films.

The audience will still barrack for the survival of the young lovers in REC Genesis. The bride is played with beguiling gusto by Dolera, proving once again that these Spanish film-makers cast strong female leads without overly sexualising them. Nevertheless, the bride in Genesis incredulously chainsaws only one side of her wedding dress so her garter shows while she continues to run in ridiculously high heels throughout the latter part of the film. Such an ill conceived heterosexual male fantasy that women would want to, or be able to maintain, such ridiculous fashion choices during the zombie apocalypse! (It’s a real thing, jeepers!)

REC Genesis provides genuine laughs at times, but it is unconcerned with scaring its committed audience. Comedic zombie films have an established history, with horror master George Romero re-styling his Night of the Living Dead series as a horror comedy in the 1980s. The excessive gore in REC Genesis is played as slapstick. The narrative ambles along in entertaining but predictable grooves. Overall, the tone of this film lacks the punch of the previous REC movies, which unfurled as a clever, elongated fear feast.

On the one hand, it is commendable that the REC writing-directing-producing team of three set out to reinvent and push their original story, rather than playing it safe and delivering derivative thrills. On the other hand, in this particular case, the comedic horror style was a miscalculation for their established audience. The first two REC films stand together as a blistering example of the majesty of the horror genre. When horror films are conceived with passion for intelligent audiences, they deliver solid characters and stories of morality and human endurance through unexpected frights that delight. REC Genesis does not meet this promise, nor does it stand up to the calibre of its predecessors. Neither thrilling nor inventive, it doesn’t move its audience’s imagination nor does it inspire us to ponder and debate the macabre.

Rating: Credit – 6.5 out of 10 Zombie Bites. A cut above the other zombie flicks plaguing our screens, but mediocre when held up to the first two trailblazing RECs.