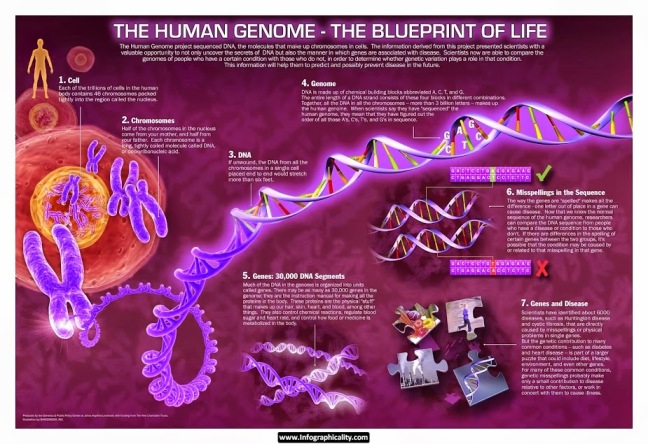 Our Science on Google+ community is hosting a 30 minute Hangout on Air with geneticist Ian Bosdet. Today in a couple of hours Ian will discuss the new USA ruling that genes cannot be be patented. What does this conversation mean to anthropology and sociology and how can you contribute?

Patenting has had a significant impact on socio-economic and cultural relations. In the early 19th century, companies petitioned the USA government to patent agricultural crops, which had an increasingly negative impact on small farmers. An historical comparison to the human genome project shows the social inequality that follows patents of biodiversity.

Writing in 1997, Stephen Hilgartner’s wonderful paper looks at the sociological process by which the genome patenting process reshaped notions of scientific collaboration. Some research teams could exercise more power in negotiating what information they published and when, and the terms of their work with other labs. While this may be true of all commercial research, this scientific “secrecy” is even more costly since the data should essentially be public, as the human genetic code represents all of humanity.

In 2002, economist Frederic Scherer argued that the patenting of the human genome can be understood through 3 frames: precedential, ethical, and utilitarian. He saw that the latter approach was better given the legal reality at the time, which was impeding research. Two years later, Richard Tutton and Oonagh Corrigan noted that genome collaborations were made even more complicated at the international level. Public understandings of genetic databases are understood very differently in different parts of the world. This raises the question of informed consent.

Anthropologist Carol Jenkins raised controversy back in 1995 when the Hagahai people of Papua New Guinea argued that Jenkins had “stolen” the genes of one of their people. Jenkins maintained that he had sought and obtained informed consent. The media condemned his team. Jenkins said at the time:
“There is a certain hysterical quality to all of this which smacks of a Frankenstein-like fear of molecular biology…It shows how poorly scientists have educated the public.”

The question today is by taking patenting out of the equation in the USA, will genetic research become more democratised? Will there be equal access to research opportunities and their benefits? How will this legal ruling in the USA affect genome projects in other nations? What ethical dilemmas lie ahead? What is the role of social science in contributing to the human genome project? How do we collaborate with geneticists and other sciences to better educate the public about the benefits and challenges associated with the human genome?

Join in the chat today, which takes place in less than 2 hours. Please feel free to report back for the rest of us who can’t make it.

First published on Science on Google+

Join 16,834 other followers
Follow The Other Sociologist on WordPress.com