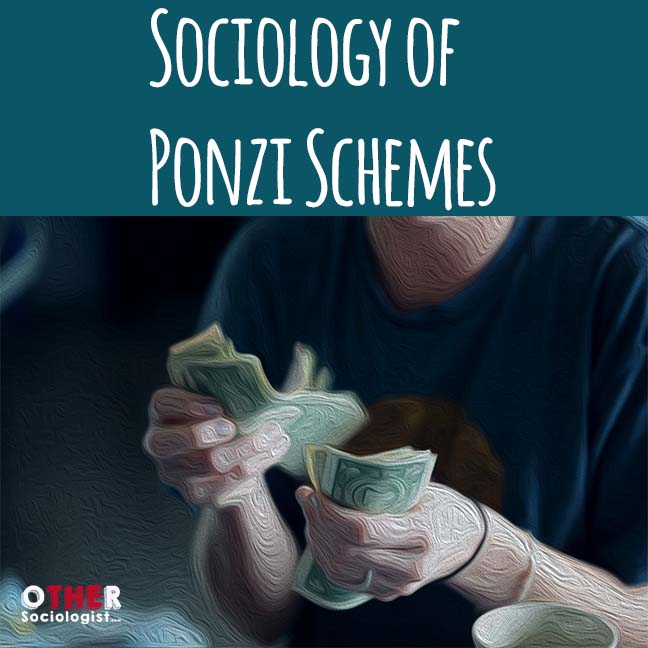 This is an intriguing image below came to me on Google+. It asks why Bernie Madoff was the only Wall St investor to be facing jail. The text argues it’s because Madoff ripped off the 1% – the rich elite. The meme is inferring that justice is not served for the 99%, the working classes, who have been fleeced by Wall Street practices.

There’s a grain of truth to this message, but not quite in the way you might think. White middle class and upper class people are more likely to be convicted of “white-collar” crime and they are less likely to get severe sentences relative to minority first-time offenders who are caught for blue-collar crimes.

The punishment of crime is a tricky cultural terrain. Society gives higher penalties for some forms of crime (such as low-level drug abuse) that ensure more poor people are jailed. So where is the justice for the poor?

As for justice for the 99%: there’s another way to think about this too. The people who were conned by Bernie Madoff were rich and so they had more resources and could be better organised to seek justice.

There’s a sociological study looking at the victims of this case. These victims were angry that Madoff not only ripped them off, but that they were made fools of in public.

The sociological research shows that most “ponzi schemes” operate through gendered norms. That is, they’re directed at particular types of men who have a high opinion of their financial abilities (that does not actually match their financial knowledge) and who want to make a quick buck. The study notes that some women with similar traits are also targeted.

These celebrities and wealthy people whom Madoff scammed were angry to be duped. They spoke up because they could literally afford to do so. The researchers write:

‘Unlike “ideal” victims who, embarrassed or even mortified, typically disappear with their tails tucked between their legs, Madoff’s patsies did not. Instead, outraged, they continued to “squawk,” demanding from government investigators the money they thought they had earned from investments that were, in reality, never made. They did so even after the exposed Ponzi scheme was explained to them in detail, perhaps unable to absorb the extent of the deception or their own gullibility.”

In another interesting sociological comparison, Madoff has much in common with another famous scam artist from the 1850s. These schemes also involved wealthy ponzies. This article makes the point that looking at the history of economics:

‘the power of the corporation has simply outgrown that of the state. Also, there is a higher tolerance for fraud amongst the wealthy: the state doesn’t crack down on corporations because it lacks the popular mandate to do so.’

So why no justice for the 99%? Because despite the growing public disaffection with the 1%, despite the consciousness-raising of the Occupy movement, the 99% did not organise through the legal system or seek active policy reform. I’ve written previously that grassroots activism is not always enough to propel social justice change. Movements need resources, strong social networks and policies to effectively enact reform. Power structures elevate and fund some causes over others.

This doesn’t mean we give up, it means that social transformation requires activism alongside clear policies and legal avenues to ensure change sticks.

12 thoughts on “Sociology of Ponzi Schemes”