This is a visual sociology of art in some of London’s major galleries, focused on the sociology of gender and race. Let’s start by looking at the exibitions for NAIDOC Week, a time for national reflection on the history, culture and achievements of Aboriginal and Torres Strait Islander people. 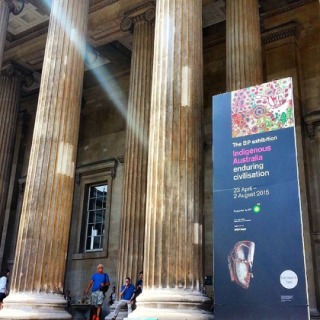 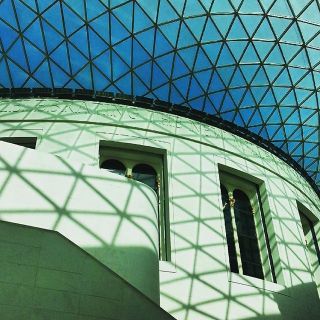 The British Museum held this excellent exhibition. It made references to colonisation and its ongoing impact throughout, though interestingly distanced modern British culture from early Australian colonial culture. The exhibition also did a good job of blending modern Indigenous art with ancient artefacts.

I felt some trepidation that Indigenous people might be represented in a singular way, and while there were many early artworks (astoundingly beautiful) the exhibition had a theme of diversity of cultures, relationship to the land and diverse spiritualites.

Most interesting of all is that the last room dealt with critiques of the British museum holding ancient Indigenous works (taken during early colonisation). Many activists have long lobbied for ancestral art, especially works representing specific people, to be returned to country. 4 July 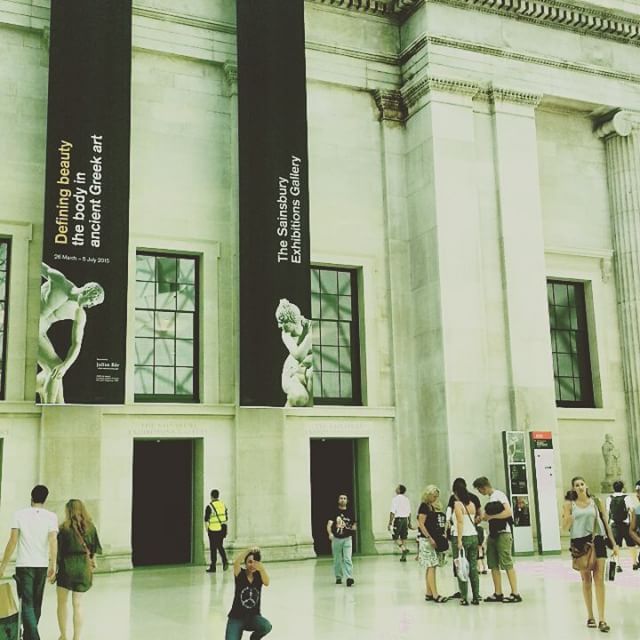 This exhibition at the British Museum was very interesting. It showed how representation of male bodies changed throughout the ages but women’s did not change much. Men were initially portrayed as incredibly muscular, with sharp lines and hard features. Later as philosophy had a stronger influence on the arts, men were still drawn as athletes but with softer faces, and later still, their penises were drawn smaller and less detailed with their eyes averted to discourage eroticism. The perfect male form was now supposed to be “beautiful but moral.”

In contrast to men’s sustained nakedness, women were overwhelmingly sculpted clothed. Drapes of fabric still suggested slender femininity was idealised but modesty was almost always emphasised. The main exceptions were depictions of goddesses, especially Aphrodiety. Why this gender difference? Because for most of ancient Greek history women were seen as wild and overly sexual; men were seen to need to tame women’s animalistic sexuality. Sound familiar? Well it’s the inverse of how people see masculinity and feminity today. You can thank Christianity for that. 5 July 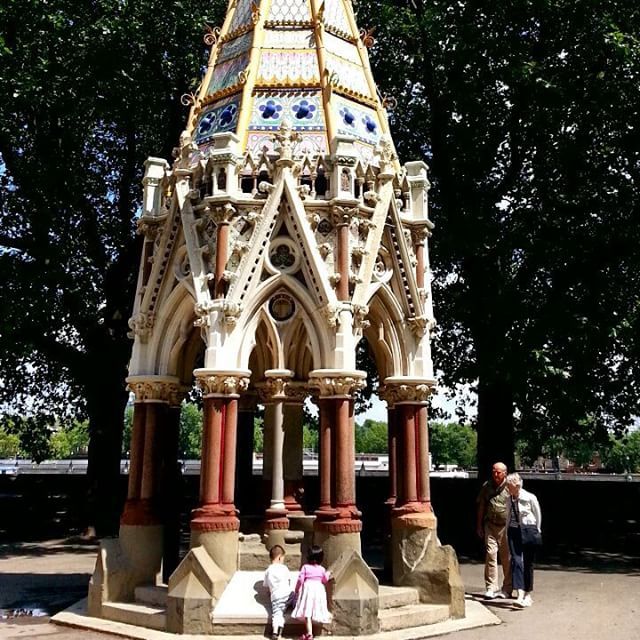 The Buxton Memorial stands in the centre of Victoria Tower Gardens in London commemorating the emancipation of slaves following the Slavery Abolition Act in 1833. Erected in 1834 and donated by Charles Buxton MP in memory of his father who was one of the people who fought against slavery in the British colonies. 5 July

The Tate Britain hosted the Barbara Hepworth exhibition. She started her career as an abstract sculptor in Britain in the 1920s. Her early work featured figure carvings on wood and stone while her later work played with shapes and convex forms that increasingly drew inspiration from the sea and landscapes. Students helped reconstruct her pavilion for this exhibition, replicating the outdoors setting for her tall nature sculptures.

This exhibition was especially busy – lots of visitors and more children than most of the other galleries I’ve visited. This was lovely! It may depend on the crowd or the space – while the two British Museum exhibitions I’ve visited were even more packed with visitors, the audience spoke in hushed tones, perhaps in cultural reverence (ancient Greek and Indigenous Australians) or in response to the dark rooms and heavier presence of museum guards. This exhibition is filled with light, plus it is modern and tactile in its subject matter, and perhaps subconsciously perceived as less formal because it was a woman artist.

Two sets of kids lay down on the ground to draw while one of their mothers sketched. The other mother was obviously engrossed in the art, leaning forward into the case for a closer appreciation of the carvings, while she softly asked her partner for space even as he continued to kiss her shoulder, ignoring the art and their children. 6 July

Bloomsbury: Spaces of Intimates and Intellectuals 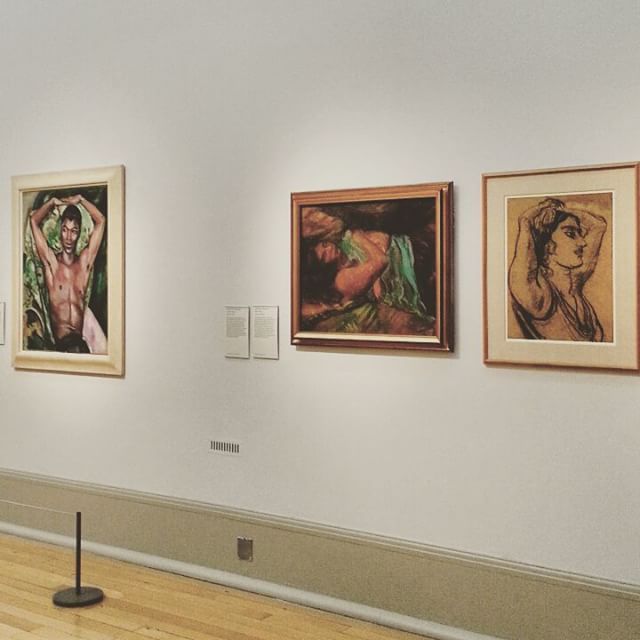 This exhibition chronicles collaborations between Black and Asian artists and the students who sat for them in London. Artists featured here are Edward Wolfe (model is Jamaica-born Patrick Nelson who migrated to Wales and was a law student, ended up as a valet and was gay); Matthew Smith (model India-born Amina “Sumita” Peerbhoy migrated to England with her son and sister, and was very particular for whom she chose to sit); and Jacob Epstein (also featuring Sunita). 6 July

This exhibition considers how Black artists were influenced by a cosmopolitan network of Black and Asian artists, models and activists as well as well as their influence on multicultural politics of the city. 6 July

This artwork by Christina Mackie is called “The Filters.” It was commissioned by the Tate Britain. Mackie is a painter but this multimedia piece uses silk nets suspended as a free-standing sculpture. Her inspiration is the illusion of scientific knowledge and philosophical ideas of memory and perception. Through the use of light and colour the artist explores ideas of objectivity and subjectivity.

“By blurring the lines between ourselves and the world, we enter a new sensory state.” 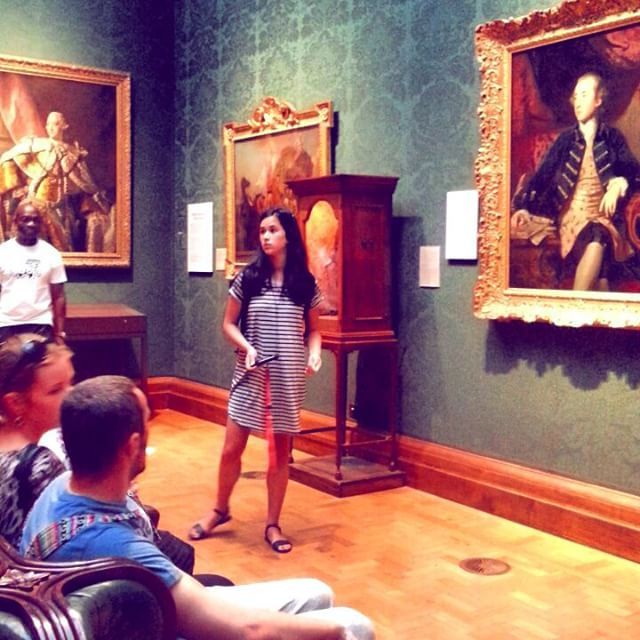 The National Portrait Gallery in London is beautiful and lavish, but at least three-quarters of the collection is by White men who painted rich White men.

Feminist history chronicles White women’s struggle for recognition in art. Much less is written on women of colour in the early art world; not because they were not creators but because their art and knowledge was not given attention by White historians.

The experience of visiting these types of galleries is especially alienating to women of colour, with wall after wall of White male subjects peering out the canvas. Galleries are White spaces, built around the expectation of White audiences and perpetuating inequalities of the past.

It doesn’t need to be this way; mainstream art galleries can, and should, rediscover the stories of underrepresented artists, rather than basking in the Whiteness of the past and present. Art is a way to re-imagine the world, including the stories that remain hidden from the public’s view.

Here’s one of the few depictions of women as active agents in the early collection of the National Portrait Gallery in London. In other artworks, women (exclusively White), are described as so-and-so’s wife or mistress and deceptions of their lives being married off as children is generally underwhelming.

Here is something different – The Nine Living Muses of Great Britain: Portraits of the Characters of the Muses in the Temple of Apollo. These are writers, artists, historians and other educated women who led the “blue stockings” feminist movement (“first wave feminism”) imagined as goddesses. This painting, by Richard Samuel, was first hung in the Royal Society in 1779. Women of the arts and sciences immortalised! (12 July)

This portrait titled “Ayuba Suleiman Diallo (Job Ben Solomon),” is the first portrait of a person of colour in the early collection of the National Portrait Gallery in London.

An educated man hailing from West African Muslim clerics, Diallo was captured from his country, enslaved and sent to the colony that became the USA. He managed to escape and ended up in Britain, where he became a leader fighting against slavery laws.

The description of this artwork makes a point of the soft way his face is rendered as a sign of his positive acceptance. Another way to read this is that in a time of overt dehumanisation of people of colour, this enigmatic man was an anomaly: a Black man seen as worthy of social esteem (likely due to his education).

Standing in front of this beautiful picture, I thought a lot about bell hooks’ critique of recent cinematic depictions of slavery. She argues they are romantised (and narrow) notions of Black male heroism, specifically packaged for White audiences. This portrait is cited as the first known depiction of a freed slave in Britain and the first named “African subject.“ What a story must lie behind this portrait; one to unpack through postcolonial theory. (12 July)

This is the On Belonging exhibition by Indian photographer Ketaki Sheth. In these portraits she focuses on the Sidi, the 70,000 descendants of traders, slaves and sailors who long ago settled in India. The photographer focuses especially on the romantic and spiritual lives of Sidi women. (12 July)