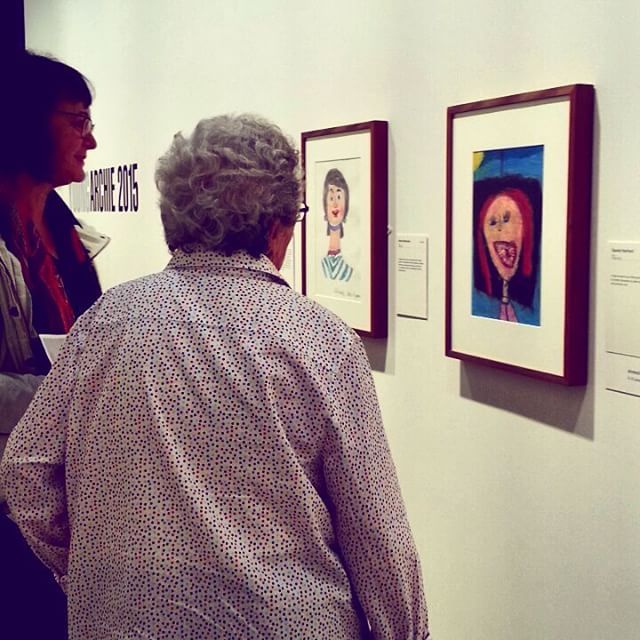 The Young Archie Prize is a prestigious national award for portraits by Australian children and other youth. Most of the sitters are mothers, chosen because “she cares for me;” they are visually praised for their patience and generally depicted as smiling and exceptional figures in the eyes of their children (“wonderful”). Sisters are the next most common sitters, and generally chosen because they are creative, inspiring and fun. One young male artist describes his sister/subject as a protective figure although they are only a couple of years apart. Third most common are brothers, with similar sibling traits of energetic inspiration. Other children painted grandmothers (one was described as “sad” and rendered enigmatic, missing her birthplace of India). A couple of artists painted girls who are friends.

In some ways, these trends, particularly with children being over-awed with mothers as care-givers, is a reproduction of gender norms. Motherhood is seen as a “master status” for women. Then again, these mothers, but especially sisters, mass occupy canvases because they are the central characters in young lives, bearing delight and wonder.

At what point do young artists stop seeing women as unique figures of creativity and autonomy – someone with whom to share adventures – before falling into the practice of seeing women as passive subjects? Having visited (and written about) various museums and galleries in large cities, I’ve been frequently disappointed to see few women artists (particularly in main collections). Artworks by men overwhelmingly position women as sexualised, powerless and as objects that project aspects of hegemonic masculinity (the dominant way of being “a man” such as ownership over people and things). For these young artists, social norms have not fully set in, and women are instead agents of change.