A ripper of a visual sociology for June-July, 2017, begins with an interview about racism in dating, followed by a jubilant NAIDOC week community event in Redfern. We indulge in a plethora of thrilling art. We travel through Inner Western Sydney. We come upon environmentally friendly revenge by a spurned lover. And the sociology of trolleys gives us three surprising appearances.

This was my day:  filming on race and dating with Santilla Chingaipe and Kaila Perusco for Conscious Dating Co. Thoughtful discussion of sexual racism, meaningful relationships, how to address structural and unconscious bias in Australia, and much more. Intelligent, funny and generous women plus an awesome crew, with beautiful food and hosts. Parliament on King is a luscious cafe and it makes for a beautiful set! Book lovers’ heaven. (8 June)

Pensive time in the city. 5 June

[People eat at a Chinese restaurant.] 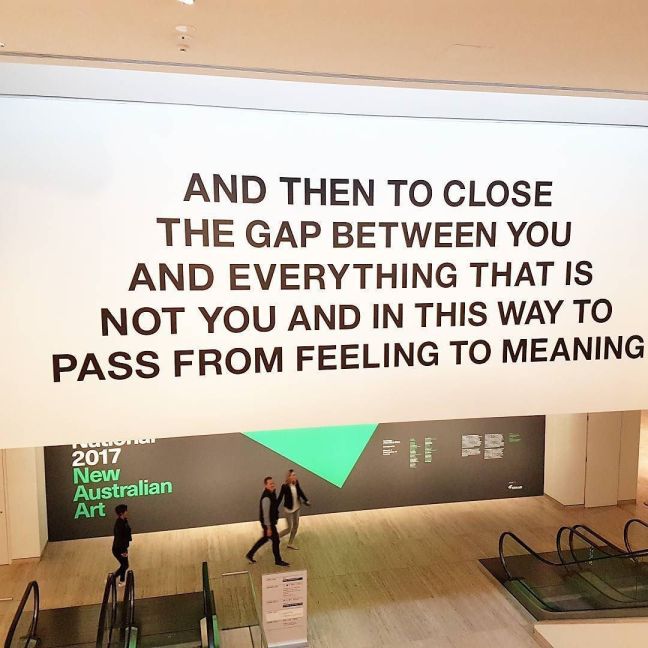 Pass from feeling to meaning. 11 June

[People walk at the foot of two sets of escalators. Writing high on a wall, reads: And then to close the gap between you and everything that is not you and in this way to pass from feeling to meaning.]

[Redfern train station platform during the day. It is shot on an angle, with people walking on the right hand corner of the photo.]

The National Centre of Indigenous Excellence for Inner City NAIDOC. This was a community event celebrating culture, language and identity of Aboriginal and Torres Strait Islander people. They had dancers, music, and poetry by little children! 7 July

The Culture of Fear: An Invention of Evil 2013, Kader Attia. An installation commenting on perceptions of otherness linking racism of colonialism to present day depictions of terrorism. 2 July 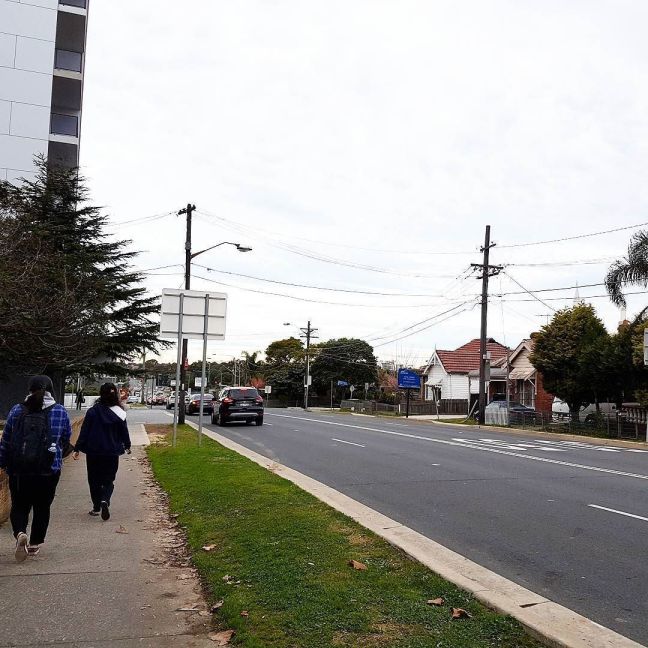 Confirming that the Western suburbs of Sydney look exactly like the working class suburbs of Melbourne (also in the West!). 14 July

The English Channel/ Over the Rainbow/ Kapa Hara. 15 July

Prof Michael Parekowhai is a New Zealand sculptor and a fine arts professor at University of Auckland. This work depicts Maori security guards hanging on the wall with a silver sculpture of Captain James Cook, who led the invasion into Australia and New Zealand.

His downtrodden face and the sculpture’s reflective surface is a comment on how this historical figure and Brirish settlement is now viewed in historical context of dispossession and genocide of Indigenous people.

The artist is of Ngā Ariki Kaiputahi, Ngāti Whakarongo and Pākehā descent.

“Ex-boyfriend’s clothes hangers. I don’t want them anymore (or him). They’re all yours, Redfern!” 19 July 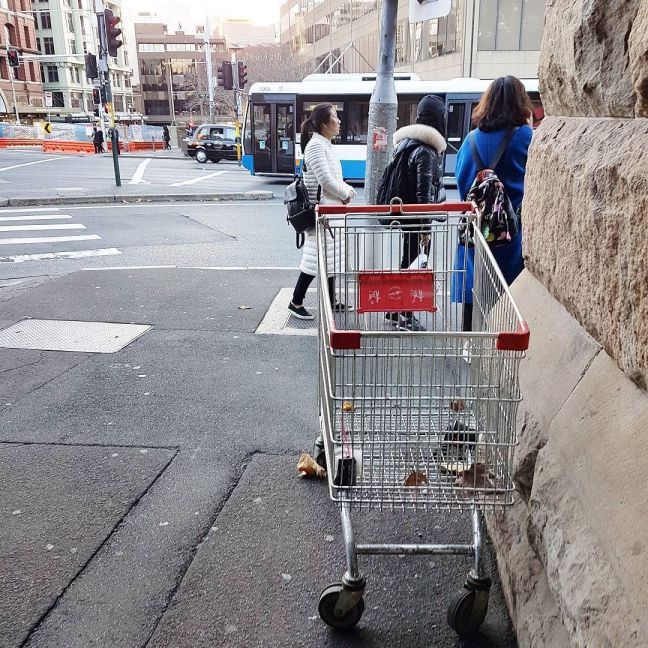 Sociology of Trolleys: outside of Central Station, Sydney. 13 July

This one was around the corner from the PowerHouse Museum, where it had an excellent time in their new interactive Sherlock Holmes exhibition. It was a shame that the exhibit only had about 0.07% content about people of colour and White women. History is only ever about White men unless we research into hidden stories. Otherwise we keep holding up White cisgender men’s achievements without recognising the racial, gender, class, sexual and disability inequities that are erased in order to make White cisgender men seem exceptional.

This is trolley art representing what it’s like to be fed up with patriarchy. Over it but never conceding defeat. 25 July