A new year, a new visual sociology! In January 2018 edition, we see colonisation and travel for an equity keynote speech.

“40,000 years is a long time. 40,000 years still on my mind.” This iconic street art mural will be restored. It stands on Lawson Street, opposite the busy Redfern train station. Pained in 1983 by Carol Ruff, the project has been awarded $38,000 by the City of Sydney to re-beautify the art. Ruff will not be involved due to illness. An exciting community project! 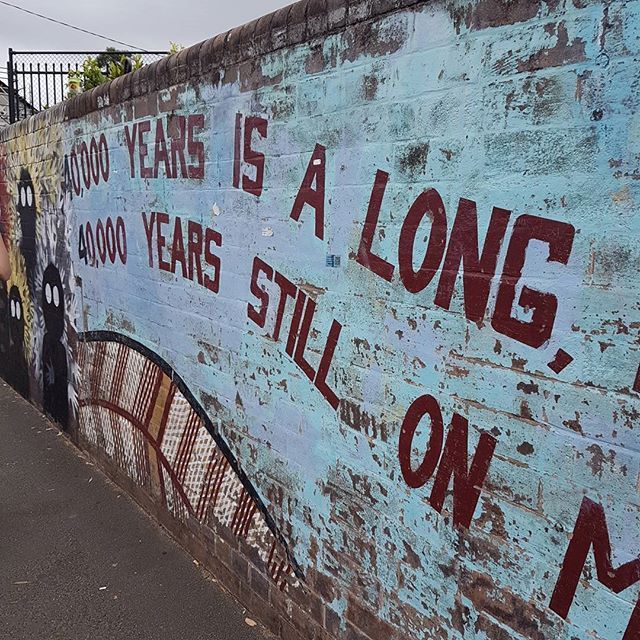 Welcome to the Wood

Flying to Melbourne to give a keynote on Diversity in Science, Technology & Mathematics, at Monash University.

Gigantic spray bottle on the balcony, during the Invasion Day rally.

A visual sociology of the National Gallery of Victoria’s special exhition, Triennial. It was massive, spanning every level, with art from around the world.

Xu Chen, “Eternity-Buddha in Nirvana…” Born in China, the artist draws on his Buddhist upbringing to show depictions of the Buddha. He says: “I have always been curious about the differences between cultures and the alienation between them. And yet, the misconceptions cab be the beginning of awareness and understanding.”

Uhi (Hahan) Handoko Eko Saputro. The artist brings together Javanese mythology with youth culture and comic books to explore colonisation and how art is marketed and sold. 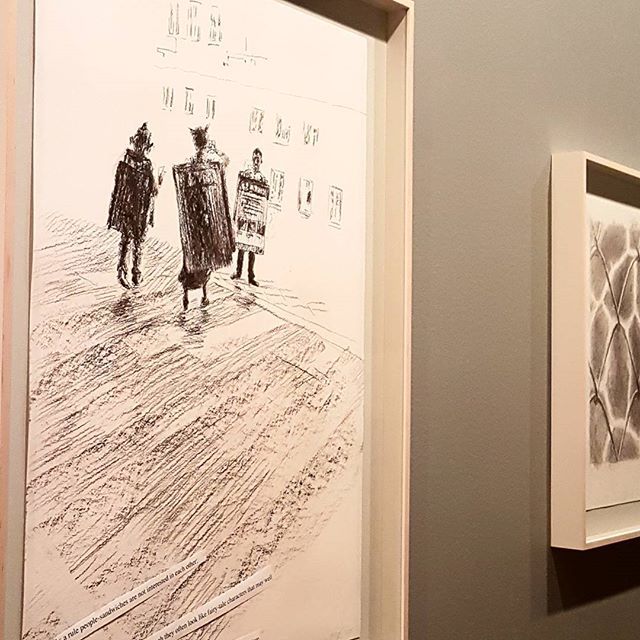 “As a rule people-sandwiches are not interested in each other; although they often look like fairy-tale characters that may well embark on an adventure.” – Olga Chernysheva, “Untitled (As a Rule…).”

Yet within 15 minutes of the announcement a journalist asked Berejiklian why she is unmarried and childfree.

The march to gender equality is a long one indeed. 23 January