The Vivid Festival, which lights up the streets of Sydney over June, is a big feature for this month’s visual sociology for June-July 2018. We marvel at the wonder of an enchanted Cinderella-esque Sociology of Trolleys. We meet a cool watermelon and other creatures along the way. The highlight of the past two months is Dark Emu. Guess who had front row tickets to this vanguard work by Bangarra Dance Theatre?

Based on Bruce Pascoe’s wonderful and important research into Australia’s pre-history – the agrarian and aquaculture innovation by Aboriginal and Torres Strait Islander people prior to invasion is the focus of this beautiful dance performance.

“This work cultivates a physical and visceral response to Uncle Bruce Pascoe’s book and our deep Australian knowledge. Whether we embrace it or not, we are this country – we are of the land, the water, the stars & the dark in between. As Australians awaken from a kind of collective amnesia, these are stories, ideas and practices we should all be able to access, learn from and respect… I feel like Australia is ready…. Dark Emu is a sense that we are part of something greater.” – Yolande Brown, co-choreographer.

“We’re told every day that the world is falling apart around us, but maybe if we just gripped onto something that was there before all this, it would ground us a little. Dark Emu reminds us to take a breath and cling to our piece of land.” – Daniel Riley, co-choreographer.

You must experience this work. The choreography and music are stellar. The dancers carry large props to phenomenal effect – from large rocks, to wood that is rearranged into shelter for the women and later fences to entramp them. A dizzying sequence centres on blow flies representing the contempt of the colonisers for the traditional custodians and their land, which they tried to destroy.

Played in Sydney until 14 July then touring nationally.

The Vivid Festival was as bright and enchanting as we’ve come to expect!

Bangarra had another annual display by the side of the Sydney Harbour Bridge, focused on their new show, Dark Emu. Based on the ground-breaking eponymous book documenting Aboriginal people’s agricultural mastery prior to colonisation. 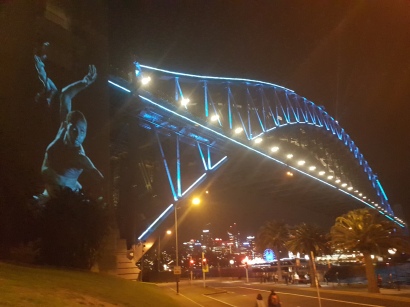 There was a special tribute to May Gibbs’s classic, ‘The Complete Works of Snugglepot and Cuddlepie,’ animated onto Customs House, one century after it was first published. Crowds were delighted by the two intrepid adventurers who head from the Bush into the big smoke. 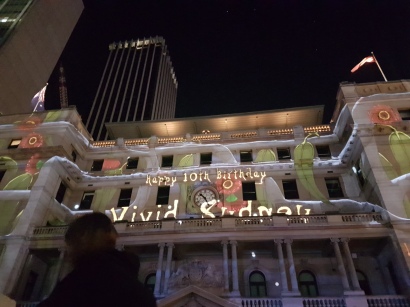 The Vivid Festival features a light display inspired by the science of viruses and bacteria! The installation is by Australia’s national science organisation, CSIRO, and the Garvan Institute of Medical Research. The art features the structures of Ebola, Zika and Influenza projected onto buildings in The Rocks.

The #VividFestival features a light display inspired by the science of viruses and bacteria! The installation is by Australia's national science organisation, CSIRO, and the Garvan Institute of Medical Research. The art features the structures of Ebola, Zika and Influenza projected onto buildings in The Rocks. 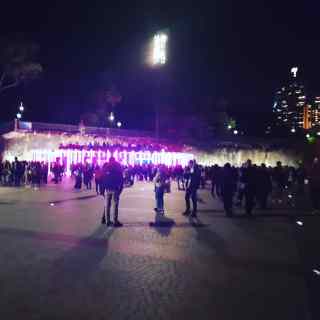 Cool as a watermelon 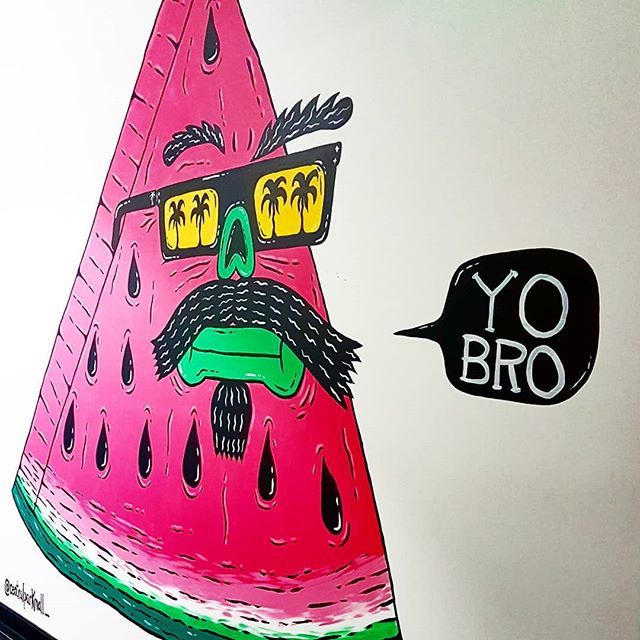