Shock Wave, written and directed by Herman Yau, stars Andy Lau, who also acts as producer. The film has a ridiculous plot centred on Cheung Choi-san (Lau), a policeman and explosives expert who inexplicably goes undercover with criminals and subsequently allows them to blow up half of Hong Kong before arresting only one of them. Years later, he’s disarming bombs left, right and centre in the city without wearing protective gear. Hot shot men don’t need to follow the rules, they are made of reinforced steel! END_OF_DOCUMENT_TOKEN_TO_BE_REPLACED

Penelope Cruz is absolutely wonderful in Ma Ma, the biggest feature at the Spanish Film Festival in Canberra. Cruz plays Magda, a single mother who decides to leave her cheating husband, a professor of Philosophy who is sleeping with his students (!). This decision coincides with her learning that she has breast cancer.

On the same day of her marital independence, she meets and forms a friendship with Arturo (Luis Tosar), an ailing husband who, also on this fateful day, learns his wife and child have been in an accident.

This film begins by exploring grief and human connection through loss, but soon proves itself a film about life and how to be happy in brief, imperfect moments. The film is a beautiful celebration of motherhood; the film ends with a dedication: “to all the women.”

There is more to like about this movie: it’s depiction of friendship especially as well as its wrestling with faith and atheism. It is a lovely statement on the diversity of families and ultimately has an affirming message about gay fatherhood. While there are many cliches along the way about living life to the fullest, there is great joy in seeing a woman-centred story where the journey is driven by her own desires.

Playing at the Sydney Latin American Film Festival, The Companion is a Cuban film centred on Horacio, a Black Cubano who is a former boxing champion now disgraced. Played by Yotuel Romero, Horacio is assigned to work at a military-run hospital (”Los Cocos”) where all Cubans who were HIV positive were quarantined in the 1980s under the guise of universal healthcare. END_OF_DOCUMENT_TOKEN_TO_BE_REPLACED

As part of Cine Latino, I watched Solos, a Peruvian film, which I enjoyed, but let’s deep dive into Guarani, which was absolutely sublime. This year’s program has fewer women-centred films than previous Latin film festivals in recent years, but Guarani was so beautifully rendered.

END_OF_DOCUMENT_TOKEN_TO_BE_REPLACED

At the Spanish Film Festival 2016, I saw many good films; one of which was Las Ovejas No Pierden El Tren (translated to “Sidetracked” but that’s not quite right – direct translation is the sheep don’t miss the train).

The film was a very sweet comedy about the relationship between adult siblings and their parents, and about coming to terms with the disappointment that life does not turn out how you hope. The film had a lovely recurring theme about how people trick themselves into thinking they’re happy, and wasting time pretending to be happy, or angry and disappointed that they don’t get what they want how they want it. 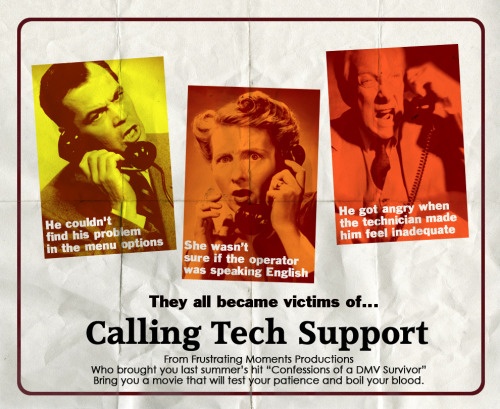 END_OF_DOCUMENT_TOKEN_TO_BE_REPLACED

Although anime has its origin in Japan, Japanese sociologist, Dr  Yoshitaka Mōri, argues that anime can be understood as a transnational cultural product welding together Japanese, Korean and Chinese histories. Mōri shows how some sub-genres within anime are tremendously popular in overseas markets, while others have yet to find a strong international audience. END_OF_DOCUMENT_TOKEN_TO_BE_REPLACED

This morning Professor Rajini Rao and I spoke with Professor Siromi Samarasinghe for STEM Women. Siromi spoke about what it was like being a woman Chemistry Professor in Sri Lanka and how to better support students. She discussed how one of the main issues impeding women’s progress in science is the cultural expectation of marriage.

Siromi pursued her Masters and PhD at a time when not many women were going into the sciences, both in Sri Lanka and in other parts of the world. She moved the UK to study even though there was tremendous pressure from family and friends on her mother to get Siromi married off. Thankfully, her mother was supportive and Siromi was able to carry out her research on food chemistry with a focus on the fascinating chemistry of tea!  Siromi was the only woman doing a postgraduate degree in any sciences at her university, and despite feeling isolated as a result, she completed her PhD studies with great success. Siromi went back to Sri Lanka were she would eventually become Chair of her Department – a role she held until recently. Read more about our chat below!

END_OF_DOCUMENT_TOKEN_TO_BE_REPLACED

A new, already highly controversial, article by Professor of Chemistry, Neil Hall, proposes a “satiric” measure that maps the popularity of scientists on Twitter versus their impact factor (the number of publications in prestigious academic journals). He calls this the “K-Index,” named after a woman celebrity, Kim Kardashian. Why Kardashian? This index is meant to show that social media is as shallow as Hall deems this woman celebrity. Published in the renowned peer-reviewed journal Genome Biology, and unsurprisingly given his premise, Hall finds that scientists with a high impact factor score have a low value on the K-Index. This is mean to be a good thing, according to Hall, who sees scientific communication as being too important to be left to social media.

My post is inspired by Dr Buddhini Samarasinge who critiqued Hall’s conclusions. She discusses how and why scientists use social media, as well as age dynamics. Scientists who have a high publication record have had longer careers, established under a different, and better funded system. They have published more by virtue of the longevity of their careers and the opportunities that come with tenure (long-term and secure academic employment). They are often older and, as I will show, more reticent to use social media. The fact that they have a low K-factor should be a surprise to no one. Early career academics are more likely to be using social media because it is part of their everyday lives. They do not neglect publishing in peer reviewed journals; they do both, but, being more likely to still be studying, or being employed in the early stages, they will not have racked up as many publications. Buddhini argues that scientific publishing and social media do not have to be discreet activities. One does not invalidate the other. Instead they are complimentary to the public communication of science.

It is clear that Hall’s K-Index attempts to demean the outreach work of scientists by pitting academic publishing against social media. I want to focus on the hidden narrative of gender and science morality in Hall’s article.

END_OF_DOCUMENT_TOKEN_TO_BE_REPLACED

The Wikipedia page for #YesAllWomen, a record of an anti-sexism online protest movement, is being edited to make it “less misandrist.” This Wiki page documents the Twitter hashtag that is being used internationally by women to share their experiences of sexual harassment, abuse and discrimination following the Isla Vista mass shooting in America. Some men are using this tag to listen and support women, but predictably, others are abusing it to hurt women and argue that the hashtag is “sexist against men.” The Wiki edits matter because Wikipedia has a massive problem with sexism. These edits reflect the very issues of gender violence, intimidation and power that the #YesAllWomen hashtag is trying to address. END_OF_DOCUMENT_TOKEN_TO_BE_REPLACED