It’s an exciting season in Sydney, with multiple festivals concurrently keeping us entertained from April to the end of June. First up is one of my favourites, the Spanish Film Festival. I bought a pass to see 10 films, mostly from Latin America and half by non-Indigenous, non-Afro women directors. We have a long way to go with stories reflecting the writing and direction of minorities. The festival has, however, included stories with disabled, queer and/or other ethnic minorities as protagonists. Those are the films I’ve predominantly chosen. The rest are political stories. Today, I bring you the first of two posts reviewing films from an intersectionality perspective. The festival began in Sydney on 16 April and ends 8 May, before travelling to all metropolitan cities.

Let’s take a look at the political thriller, The Realm, which sweeped this year’s Goya Awards (the ‘Spanish Oscars’). Tremors is the compelling but distressing story of a devoutly religious gay man from Guatemala. Champions is a highly successful Spanish movie featuring an ensemble cast of disabled actors playing a famous basketball team. Crime Wave takes a serious premise (an emotionally abusive man is murdered) and turns it into a cascading set of comedic deaths. Yikes! Finally, another political drama, Rojo, swells from the early days of the devastating Argentinean coup. The players ponder: under which local conditions do national tyrants rise? The answer is from ordinary towns, where people are too polite to notice men arguing and boys “disappearing.”

Central Park Mall, where Palace Cinemas Central and Platinum is hosting the Festival

END_OF_DOCUMENT_TOKEN_TO_BE_REPLACED

A big two weeks for me at the Melbourne International Film Festival (MIFF). I’ve got a mini pass for the festival which gets me into 13 films, plus I’m contemplating seeing another two on top of that. It’s a back-to-back schedule where I’m running around from one end of town the the other and trying to get other work done in between, but it has been fantastic so far.

For the most part, I planned my viewing choices around films that do not yet have a release date. Melbourne Gastronome was helpful, as they have a list of films that have already been picked up for distribution in Australia, which helped narrow my initial pool of around 50 films (from the 350-odd movies being screened at this year’s MIFF). I also decided to stick to overseas films hoping the Aussie films I’m interested in will be released soon. 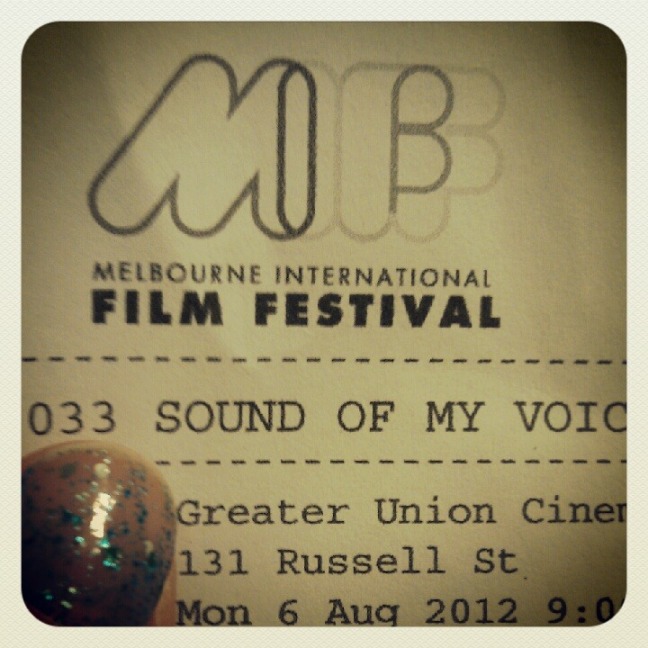 First up tonight is Rec Genesis, which I enjoyed, though far less than its predecessors.

The brilliant horror film V/H/S made me nostalgic for anthologies Tales from the Crypt, Twilight Zone and the Outer Limits.

I loved the intelligent and ambiguous Sound of My Voice, about a charismatic cult leader who may or may not be a time traveller.

The beautiful Chilean film Bonsai, celebrates the pleasures and failures of writing and love.

Side by Side is a fun documentary produced and presented by actor Keanu Reeves. It is about the art of film making on velluloid film and the resistance or adoption of digital mediums by many great directors, including David Lynch.

I loathed Killer Joe. The final scenes of banal brutality and sexual degradation was mysogynistic and pointless. Mathew McConaughey’s performance was visceral, menacing without on screen violence, but this is ultimately a film that celebrates the hatred of women.

The Wild Ones is a searing Argentinean film about a small gropu of violent juvinile offenders who escape into the wilderness. It is brutal but visually beautiful. We learn little about the characters at the beginning, and only glimpse into their psche through brief intimate exchanges as they hunt for survival. The final scene will sear into your memory and linger forever.

The Imposter is an engrossing documentary about a 13 year old American boy who is found almost four years after he disappears from his family home. He is now in Spain in a boy’s home. His features have changed in curious ways, including his blue eyes, which are now dark. He says this is the result of the torture and abuse he suffering throughout his kidnapping. His family and the authorities don’t doubt his fantastical story. What depths of despair would drive deceptions otherwise? A mind-blowing stoory based on a true story, with all the real people weaving an intriguing tale.

This is the third film festival I’ve been to in the past month (I also attended the Arab and Spanish Film festivals). So many wonderful and inspiring treats for the imagination! 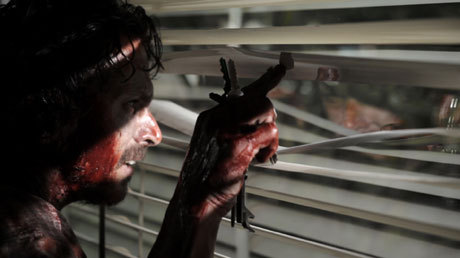 Perished is a short Australian film screening at the MIFF alongside REC 3: Genesis. This tale follows a solitary man who survives the zombie apocalypse. Trapped inside a shed without food or drink, he vacillates from despair to resourcefulness. Plenty of gore for zombie lovers, but stands apart thanks to its ending.

Like most adoring fans of the [REC] franchise, I came to this film brimming with excitement. REC³ Genesis (the third REC film) is the first of 14 films I’m watching at the MIFF. Unfortunately, this third instalment is disappointing – primarily because of it does not live up to the REC legacy. END_OF_DOCUMENT_TOKEN_TO_BE_REPLACED

Iranian film makers talk of the perils of their craft ahead of the Persian film festival in Sydney. This clip touches on issues of diaspora and challenging stereotypes of what it means to be “Persian”.

‘”Every year, we have so many films getting produced that are seen internationally but are banned within Iran. Quite incredibly, many get a cinema release [in Iran] for a week but then get banned when the subject [that the script] was referring to is seen on the screen. Our filmmakers are doing an amazing job of keeping their voice.”

‘Palangi is quick to stress, however, that it would be happier for all involved if the censorship did not exist. “I want it to be clear that I am not saying that the restrictions have improved the quality of our cinema! Had the restrictions not been in place, I think we would have flourished a lot more.”