Paper People is a short Australian documentary film by young aspiring film maker Francis Haddid. It centres on teenager Jessica Barlow’s advocacy to change the way magazines portray women. Barlow started The Brainwash Project to provide alternative stories about girlhood that aren’t reflected by mainstream commercial media. Barlow was inspired by American Julia Bluhm, who petitioned Seventeen Magazine to stop photoshopping pictures of women. Consequently, Barlow led a Change.org campaign to get Cleo Magazine to stop using digitally altered images of young women. She met with the editor Gemma Crisp in Sydney, showing her the 20,000 signatures she’d collected. Barlow reports that the meeting was strange and she wasn’t sure that Crisp was listening to everything Barlow had to say. END_OF_DOCUMENT_TOKEN_TO_BE_REPLACED

This image stands as a comment on the social construction of gender: wives shop while husbands rest away from their company. Conversely, husbands do not enjoy shopping. I also see that this photo belongs in the rubric of my beloved sociology of the mundane: shopping is not simply a boring, routine leisure activity, it is a way of doing gender. Women/wives live out or “do” femininity by shopping; while men/husbands do masculinity by not shopping. END_OF_DOCUMENT_TOKEN_TO_BE_REPLACED

1970s Jack Nicholson is THE man. He wins everyone over and gives the appearance of not trying. He walks into the room and pushes the needle off the record player. He looks incredible in clothes. He says something completely terrible and insulting and then is forgiven because he smiles to acknowledge that he knows he is being terrible. What he wants he just takes and if he can’t get it he destroys property. He is charming but he is also evil. Are all charming people evil? Isn’t that sort of what charm is about?

Jack Nicholson believes that men are innately different from women (“cunt…can’t understand normal thinking”) He thinks men have egos that overpower everything around them and appetites that require constant maintenance to be restrained. He does not understand that this is the human condition. It would be insulting to say that he is too old to learn this, but I suspect it is something he has secretly known all along, and that most of being Jack Nicholson is pretending to be “Jack Nicholson” for the enjoyment of people wishing to live vicariously through his imagined lifestyle.

Jack Nicholson’s celluloid persona are exclusive examples of hegemonic masculinity. That is, a society’s idealised vision of what it means to be a “man”. Raywyn Connell argues that films are one of the primary vehicles for perpetuating hegemonic masculinity. Jack Nicholson’s gender performances in most of his films represent what mainstream society expects of all men: living out the heterosexual fantasy of having sex with as many women as possible and assuming power over women and other “weaker” men. The films that have made Nicholson famous also embody heteronormativity: the presumption that heterosexuality is natural and normal. To be a heterosexual man is to be actively seeking sex with women, but only with emotional detachment, even when this is self-destructive or damaging to others.

The real Jack Nicholson we can never know. But his films represent a patriarchal fantasy. 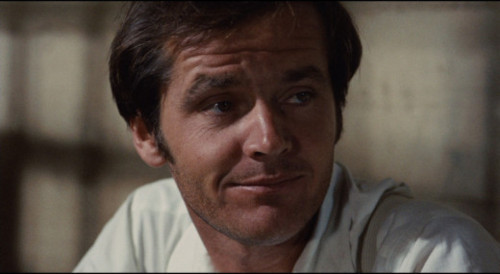 Public harassment of women in India is known as ‘Eve teasing’. I’m using this as a case study to highlight the ‘Western’ media’s divergent constructions of sexual harassment at home and abroad.

In Australia and in Western countries such as the USA, the mainstream media tend to portray sexual violence and gender oppression as a barbaric practice that are culturally entrenched in developing countries. Gender violence is the stuff of others – it is something that members of ‘less civilised’, less enlightened societies do. In comparison, the Western media depict sexual harassment and rape in their own societies as fear-mongering events involving individuals, rather thananindictment of an entire culture. (See my discussion of the sociology of crime reporting in an earlier post.)

Today’s post begins with a case study of Eve teasing in India before moving on to discuss sexual violence on a global scale, including the ‘Slutwalk’ movement. I provide more detail on the USA and Australia to illustrate that gender violence against women is widespread in advanced, liberal democracies, as it is in other parts of the world. As today’s discussion is focused on women, I talk only briefly about sexual violence against men but I will return to this issue in the near future. Here, I will argue that the situation in India is one public expression of broader global patterns of sexual assault.