Are you okay with a professional organisation that has only ever had two women keynote speakers in 20 years, justified as protecting women from hostility?

Well, a White academic, Dr Simone Bignall, is justifying the exclusion of Indigenous scholars with this logic. Credit to Dr Chelsea Bond who led a wonderful discussion on anti-Indigenous, anti-Black racism in academia.

A recent article on the Black Issues in Philosophy provides reflections by Afro-Jewish-American philosopher, Professor Lewis Gordon, who reflected on his keynote address to the Australasian Society for Continental Philosophy (ASCP) conference. He addressed Black issues in “Australian Continental Philosophy.“ The conference was hosted in Australia in November 2017. Gordon quotes a critical blog post by Dr Bryan Mukandi, who is a Shona (from Zimbabwe) migrant-Australian. Mukandi criticised the ASCP conference for only ever hosting one person of colour keynote speaker in 20 years, Prof Gordon. (This was later corrected – the conference has had TWO people of colour keynotes. In 20 years).

END_OF_DOCUMENT_TOKEN_TO_BE_REPLACED

It’s noodles, resitance in science and philosophy, brotherly love, the matriarchal alphabet, and the Writers Festival for this visual sociology of May 2017. 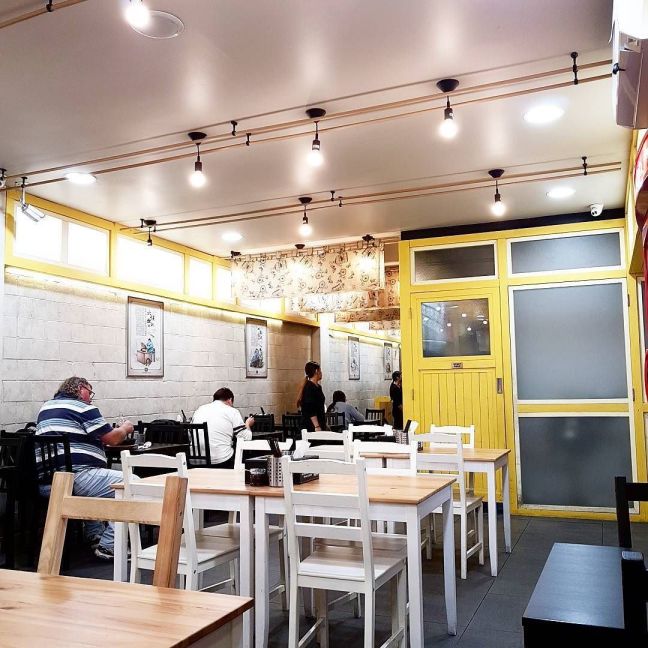 END_OF_DOCUMENT_TOKEN_TO_BE_REPLACED

This is the worst use of science I’ve seen in the past couple of weeks. Oxford ethicist Brian Earp argues that couples should use the drug ecstasy to help protect the “adult pair bond” for the sake of their children. He incorrectly draws upon anthropology and evolution to make his case. Encouraging open debate about drug use and questioning the deviance and stigma attached to it is aligned with anthropology and social science principles in general. However, arguing that ecstasy is the answer to parenting and relationship problems is highly problematic.

Social science has shown that parents divorcing is not detrimental to children per se – the psychological damage is a result of parents adopting poor conflict resolution strategies. Pamela Kinner published a robust review of the literature and she conducted studies of divorced children which shows this is the case. Read Kinner’s Australian research:

In this great debate from 1971, Michel Foucault and Noam Chomsky disagree about the fundamental qualities of “human nature” and the key task of social science in helping humanity achieve its collective potential. Chomsky believes that the social sciences should draw up a framework for an ideal society where creativity, freedom and scientific discovery will flourish. He sees it is our task to help to put this plan into action. Foucault argues that there is no ideal concept of social justice that can be universally applied. Instead, he sees that social scientists are tasked with critiquing social institutions and relations of power in different societies. Foucault says:

…one of the tasks that seems immediate and urgent to me, over and above anything else, is this: that we should indicate and show up, even where they are hidden, all the relationships of political power which actually control the social body and oppress or repress it. What I want to say is this: it is the custom, at least in European society, to consider that power is localised in the hands of the government and that it is exercised through a certain number of particular institutions, such as the administration, the police, the army, and the apparatus of the state…. But I believe that political power also exercises itself through the mediation of a certain number of institutions which look as if they have nothing in common with the political power, and as if they are independent of it, while they are not.

One knows this in relation to the family; and one knows that the university and in a general way, all teaching systems, which appear simply to disseminate knowledge, are made to maintain a certain social class in power; and to exclude the instruments of power of another social class. Institutions of knowledge, of foresight and care, such as medicine, also help to support the political power. It’s also obvious, even to the point of scandal, in certain cases related to psychiatry.

It seems to me that the real political task in a society such as ours is to criticise the workings of institutions, which appear to be both neutral and independent; to criticise and attack them in such a manner that the political violence which has always exercised itself obscurely through them will be unmasked, so that one can fight against them.

Read the entire transcript . Watch the debate and bliss out: part 1 and part 2.

A curious op ed appeared in The New York Times recently, titled “Internet Access is Not a Human Right.” In this piece—which I read as I do most news and media, via my computer—Vinton Cerf, a “father” of the Internet, makes an argument that despite the critical role of Information Communication Technologies (the internet) in the uprisings in the Middle East and North Africa, access to the Internet is not a human right.

I should note that his right to express himself so is enshrined in Article 19 of the Universal Declaration of Human Rights (UDHR):

Everyone has the right to freedom of opinion and expression; this right includes freedom to… seek, receive and impart information and ideas through any media and regardless of frontiers.

The curious bit of his piece though, isn’t the claim that Internet Access is not a human right, but rather the exceptionally narrow portrayal of human rights from a legal and philosophical perspective.

Beautifully argued: Why internet access is a basic human right

French philosopher Jacques Derrida on the fear of writing (from the 2002 documentary Derrida):

…when I don’t write, there is a very strange moment before I go to sleep… all of a sudden I’m terrified by what I’m doing. I tell myself: ‘You’re crazy to write this!’ …what can I compare it to? Imagine a child who does something horrible. Freud talks of childhood dreams where one dreams of being naked and terrified because everyone sees that they’re naked. In any case, in this half sleep I have the impression that I’ve done something criminal, disgraceful, unavowable, that I shouldn’t have done. And somebody is telling me: ‘But you’re mad to have done that’. And this is something I truly believe in my half sleep. And the implied command in this is: ‘Stop everything! Take it back! Burn your papers! What you are doing is inadmissible!’ But once I wake up, it’s over. What this means or how I interpret this is that when I’m awake, conscious, working, in a certain way I am more unconscious than in my half sleep. When I’m in that half sleep there’s a kind of vigilance that tells me the truth. First of all, it tells me that what I’m doing is very serious. But when I’m awake and working this vigilance is actually asleep. It’s not the stronger of the two. And so I do what must be done.

In this clip, Derrida speaks with no-nonsense clarity, self-reflexive insight and honesty. He shows amazing courage to admit to his insecurities as a public intellectual. The doubt that Derrida voices applies to anyone who is honest about the difficulties of writing something original for a public audience: ’I do what must be done’.