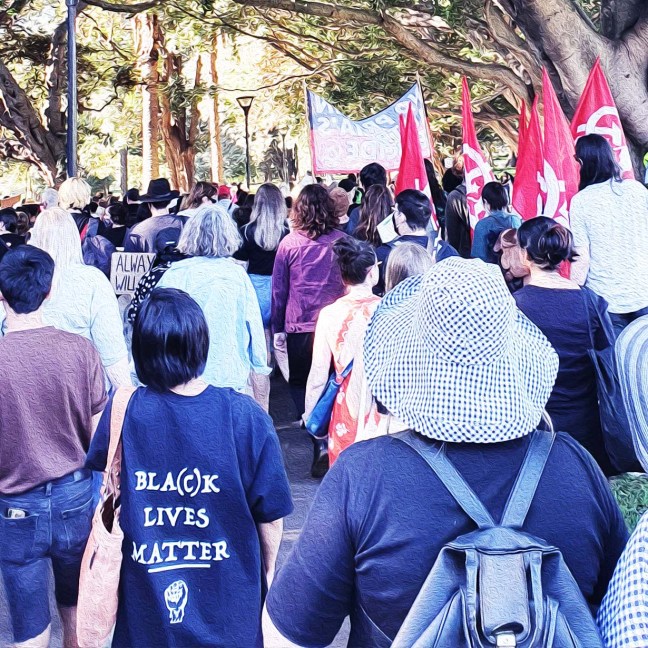 There is no more pressing national issue in Australia than justice for Aboriginal and Torres Strait Islander people. It has been 30 years since the publication of the report on The Royal Commission into Aboriginal Deaths in Custody. The Royal Commission reviewed 99 deaths in custody between January 1980 to May 1989. However, as of April 2021, 474 Aboriginal and Torres Strait Islander people have died in custody since the report was delivered in April 1991. This includes five people in past month alone. No police or corrections officers involved in these deaths have ever been convicted, despite CCTV footage, expert witnesses, and other evidence.

If you only do one thing thing today, please sign this petition, asking the Prime Minister meet with families whose loved ones have died in custody.

There are many Aboriginal families who are actively fighting for justice, through various coronial inquests and other legal battles. By taking one minute to sign the petition, your quick but valuable action will ensure Aboriginal families directly affected by the failures of the criminal justice system can finally be heard directly by Australia’s leaders.

One of these cases currently being reviewed is the North Queensland inquest into 2018 death of Trevor ‘Noomba’ King. This week, the Inquest heard from Queensland Ambulance Service that paramedics failed to adequately assess King. He was arrested after his partner, Regina Matheson, called emergency for help, as he was threatening self harm. He had a serious heart condition. Instead of simply sending medical assistance, two police officers arrived on the scene. They threw King to the ground. They ignored Matheson’s pleas about his heart condition, and the fact that King was gasping for air. Matheson ran home for his heart medicine, and returned to find him unconscious with white foam in his mouth. When two parademics arrived, they refused to provide medical assistance. Instead, they waited until King was strapped down by police, and then gave police instructions on cardiopulmonary resuscitation (CPR). When questioned why the paramedics did not perform CPR directly, as they would have in every other case, one of the paramedics said:

“I wanted to make sure our safety was fine.” (My emphasis)

King was an unconscious person visibly in need of first aid. Paramedics were responding to a call for medical assistance. And yet they still say they felt they were in danger. This a function of institutional racism, as white people hold many lethal fantasies that dehumanise Black people, to justify racism and violence. Medical racism is pervasive. In this case, paramedics refused to do their job to save King, because he is Aboriginal. Furthermore, the ambulence left without activating higher level protocols. Instead, they failed to take preventative measures, escalating procedures only when King went into cardiac arrest. The Coroner recommended that corrections officers should face disciplinary action. Instead, the officers have been promoted.

This case is willfully repeating the patterns of hundreds of cases where Aboriginal people are arrested in situations where non-Indigenous people would never be detained, and also denied basic medical care by police and medical professionals, as you will see below.

Yesterday, on 11 April 2021, 15 Aboriginal families around the country rallied to coordinate a national day of action to Stop Black Deaths in Custody. In Gadigal (Sydney), Thomas “T.J.” Hickey’s family led the coordination of the march.

On 14 January, 2004, T.J. Hickey, a Gamilaraay boy aged 17 years, was pursued by police for no proven reason. Police initially failed to report that they drove on the pedestrian pavement, and hit Hickey’s bike, throwing him over a fence. The police say it was an accident. The force of the pursuit, with zero evidence of any wrongdoing of a child, say otherwise. The case led to the so-called ‘Redfern Riots,’ as Aboriginal people in the community took to the streets in protest, and were met by excessive police violence in response.

At yesterday’s protest, Hickey’s family were joined by the families of David Dungay Jr, Nathan Reynolds, Tane Chatfield, Eddie Murray, and Wayne Fella Morrison. More on these cases and other speakers below.

Thousands of people attended various rallies around Australia, including a few hundred in Sydney.

Another snap protest will be held on 15 April 5pm, in Martin Place, in the Sydney CBD, following New South Wales Parliamentary Inquiry into First Nations deaths in custody.

Yesterday’s march started in Town Hall. Predictably, there was a lot of police on horses and lined up around the block.

Next, Leetona Dungay, mother of David Dungay Jr, a Dunghutti man, reflected on her son, killed by corrective officers with no accountability. He had diabetes, and was inadequately cared for in prison. The prison did not have Aboriginal welfare officers, and did not provide training to staff on the dangers of asphyxiation. Dungary Jr was violently transferred to his cell and beaten up while he was eating a biscuit – a necessary nourishment to keep up his blood sugar levels. CCTV footage shows Dungary Jr pleading that he can’t breathe as five corrections offers crush him into a restraint. After eight minutes of being effectively choked, he lost consciousness. The attending doctor had never performed CPR and admitted during the Inquest that he could have handled the emergency better.

Three poems were performed. First, from a young Aboriginal boy, who sagely reflected on the intergenerational impact of genocide (read by his aunt). Later, two more poems were read by Brothers Beyond Bars, about their experiences of incarceration.

The march travelled from Town Hall to Djarrbarrgalli (The Domain), a place of gathering for Aboriginal people from the Eora Nation, for thousands of years.

Hundreds of people marched, from all ages, and many different backgrounds.

After the march, there were more speeches at Djarrbarrgalli.

Paul Silva, David Dungay Jr’s nephew, talked about how recommendations from his uncle’s case have never been actioned. Along with Warriors of the Aboriginal Resistance (WAR) and other local Aboriginal groups, the family were central to galvanising support for the national Black Lives Matter marches in Australia in June 2020.

The crowd then heard a statement from Nathan Reynolds‘ family. He died in prison in 2018, and was denied healthcare for his chronic asthma. The nurse who attended him gave him a drug for an overdose, presuming he was a drug user. This is a racist stereotype, and a racist medical response that contributed to Reynold’s death.

Tane Chatfield‘s father talked about his son’s death. Aged 22, Chatfield was soon to leave prison and had been in good spirits when he last spoke to his family. On 22 September, 2017, he was taken to hospital and soon died. The Inquest ruled that his death was self-inflicted by hanging. However, his family do not accept this finding. Nevertheless, one of the recommendations was to remove ‘hanging points’ from correctional facilities in Tamworth, which still has not been done. At yesterday’s rally, the family say they’ve been told that the Tamworth correctional facility is a heritage listed site, and so the removal of hanging posts is not feasible. As a result, there have been two more deaths in custody since, including this past month, in March 2021.

“Our kids are not born to die in jail,” said Tane Chatfield’s grandmother. She focused her deeply affecting speech on the urgent need to stop police brutality. She discussed the physical toll of carrying the burden of keeping her children and grandkids safe from police.

Eddie Murray‘s niece spoke about the injustice of his death. Arrested for being intoxicated, police say he died by hanging, but his family and other evidence say the circumstances were suspicious.

The final speaker was Wayne Fella Morrison‘s mother, Caroline Andersen. Her son died in 2016, whilst being transported to jail by seven police officers, who handcuffed him and put him in a ‘spit mask.’ There’s been no accountability for this death. The family say they need answers.

The event ended with the organisers discussing the parallel between the treatment of Aboriginal people (“the first refugees”) and the ongoing detainment of refugees. Police and military responses to both communities are racist and unacceptable.

Davidson, H. (2020, June 11). The story of David Dungay and an Indigenous death in custody. The Guardian. https://www.theguardian.com/australia-news/2020/jun/11/the-story-of-david-dungay-and-an-indigenous-death-in-custody