I was live tweeting throughout the Behavioural Exchange conference, which was held in Sydney. It brings together policy-makers, practitioners and academics working in behavioural insights – the use of behavioural and social sciences to improve decision-making using evidence-based enhancements to services, programs and policies.

Issues with behavioural science ‘nudges‘ (social enticements or environmental cues to optimise desired choices, especially with respect to social policy). To force people to choose when they don’t want to make a decision impacts their dignity.  This isn’t the intention of nudging.

END_OF_DOCUMENT_TOKEN_TO_BE_REPLACED

Open University puts the (animated) spotlight on two sociologists who were critical of organised religion. This first one is on Karl Marx and his enduring dictum: “Religion is the opium of the people.” Marx used this phrase to argue that religion is a mechanism to entice poor and disadvantaged people to accept suffering and inequality as part of life (through the enticement of higher rewards in the afterlife). The original quote is drawn from the Introduction to A Contribution to the Critique of Hegel’s Philosophy of Right. END_OF_DOCUMENT_TOKEN_TO_BE_REPLACED

Karl Marx’s tombstone is in London’s Highgate Cemetery. On the top, it is inscribed with his famous call for social transformation: “Workers of all lands unite.” At its base is the final line from his Theses On Feuerbach, first published in 1888 and co-edited with Engles:

The philosophers have only interpreted the world, in various ways; the point is to change it.

Today’s sociology quote is from C. Wright Mills’ classic, The Sociological Imagination. Mills argues that people sometimes feel “trapped” by their troubles or their personal circumstances . For example, people have obligations to their families, they have commitments at work, their actions are restricted by fear of gossip in their friendship groups, or they might feel as if they have to live their lives in particular ways because society forces this upon us. At the same time, most people understand their lives as being unique. Falling in love, the type of jobs we end up pursuing or those we miss out on, the decision to live alone or the types of families we form – these are all choices that are mediated (or shaped) by the the time and place we live. People rarely think about their life choices – nor the lives of others – as the outcome of institutions and history. Societies have a tendency to view certain lives negatively: being homeless, being unemployed, teen pregnancies, addiction, incarceration – people often blame the individual for pathways that “deviate” from the norm.

Some people might think about a handful of external influences as having direct impact on their lives – religion, family or perhaps the media – but they do not always see the complex interplay between various social forces. Sociology makes this connection between the individual (biography) and broader social structures. This is why Mills says that in order to understand an individual we must understand history and vice versa.

Hat tip to Mitch Diatz on Flickr for the original photo. Graphic by Zuleyka Zevallos.

“There are some British people who are cool [Mick Jagger, for example], and then there are people like me who seem to be made of tweed.”

In an interview with Craig Ferguson, Stephen Fry talks about class in England and how punk changed notions of what Bourdieu calls “distinction”. That is, different classes reinforce social norms and social order through their activities and interests.

People generally tend to think of their individual preferences for music, fashion or their manner of speaking as a sign of their personality or family upbringing. Bourdieu shows that the things and ideas we like actually represent the aesthetics of our class. Working class “distinctions” not only set this group apart from upper class groups, their activities are often set up in opposition to other classes.

To an outsider, Stephen Fry might represent the quintessential British culture, but as Fry actually notes, growing up in 1970s, he embodied all the aspects of British culture that the general public hated: he was highly educated, he liked Latin poetry, and he dresses in tweed. In summary, his personal aesthetic or distinction represented upper class British culture.

I thought that I was from a generation that was born at least 20 years too late. That maybe if I’d been born in the 50s, when wearing a tweed jacket and smoking a pike and talking about Catullus and Ovid was somehow acceptable and you were admired for it. Whereas I felt that I was born into a post-punk era in which the idea of even speaking in sentences that didn’t break up at the end and go “sort of”, and “like” and “oh I wonder”. Just having an articulate voice was in itself was an offence. It was like rubbing people’s faces in the dirt. And I was hated for it.

In contrast, Scotland-born Craig Ferguson embodies the opposite distinction: his casual style, self-effacing humour, his swearing and dishevelled presentation evokes his working class background, which he often references directly. Ferguson, who has often discussed his affinity to the British punk movement (he was once in a band), talks about how he disliked Fry precisely for all the things he stood for: well-spoken, widely-read, affluent charm.

The exchange is a lovely example of how Bourdieu uses distinction to analyse class systems. Fry also discusses his addiction and psychological definitions of being bi polar. 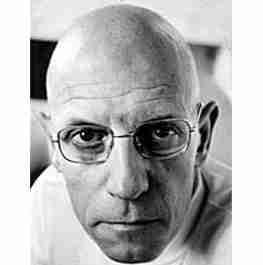 The intellectual was rejected and persecuted at the precise moment when the facts became incontrovertible, when it was forbidden to say that the emperor had no clothes.

The radical disparities of wealth and power in America are widening at a devastating rate…A president cannot meaningfully honor certain token artists while the people at large are so dishonoured. 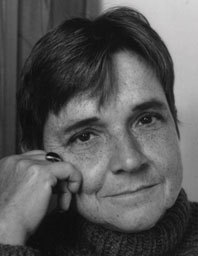 Adrienne Rich explains to then-American President Clinton (in writing) why she refused to accept the USA National Medal for the Arts in 1997.

Rich has died – RIP to this amazing and pioneering feminist. By problematising the notion that heterosexuality is natural, she left a lasting impact on science.

If you are trying to transform a brutalised society into one where people can live in dignity and hope, you begin with the empowering of the most powerless. You build from the ground up.

Image and top quote via the L.A. Times.

This is a nice illustration of a basic mathematical principle that the general public does not always understand when they are presented with statistics. The media in particular do a poor job of conveying the simple fact that correlation does not equal causation. (See a larger image here.)