Students from Sydney’s Newtown High School of the Performing Arts give Australia’s Prime Minister Tony Abbott a tough question time that he was evidently poorly prepared to answer with grace. The clip begins with Abbott giving weak environmental advice (“plant a tree… but don’t raise taxes”). He then faces questions about why he opposes gay marriage and his inhumane treatment of asylum seekers. Flustered and annoyed, he resorts to his infamous sexism: “Let’s have a bloke’s question, OK?”

Working off the cuff and under estimating Australia’s youth, the Prime Minister is clearly out of his depth.

A series of protests have been held around Australia today. The #MarchInMarch demonstrations are calling attention to a various policy issues that the Abbott Government is mishandling. Abbott is a climate change denier who is privileging the greed of Australia’s mining giants over environmental sustainability. He dismantled the Climate Commission within the first 24 hours of being elected. He’s a misogynist who is against pro-choice; who has made several sexist remarks about women’s public role in society; whose cabinet only has one woman, and yet he crowned himself Minister for Women’s Affairs. His election campaign focused on a platform denouncing Australia’s human rights obligations to asylum seekers (the so-called “stop the boats” campaign actually targets the most vulnerable minority of unauthorised entrants and which sociology research shows will not work). END_OF_DOCUMENT_TOKEN_TO_BE_REPLACED

Sudanese Australians use music to reflect on their war experiences. This group performed for the Service for the Treatment and Rehabilitation of Torture and Trauma Survivors (STARTTS) in Western Sydney. One performer says:

It looks like fun, but it’s not fun… I’m not a young woman, I’m an old woman. I can’t come if it’s [just] fun. We want the people that doesn’t know what happened a long time in the past, and that is why we are here. 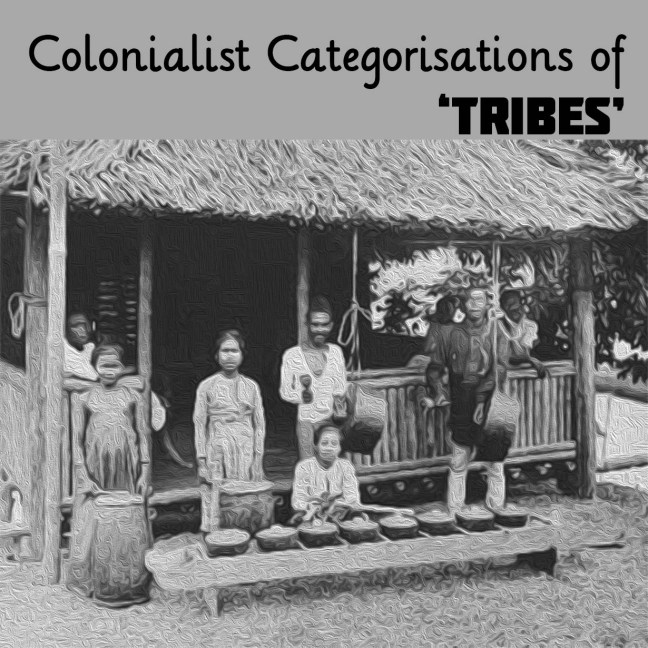 The concept of a “tribe” reflects how some Indigenous groups think of themselves in some parts of the world. At the same time, this term has also been used by researchers (such as anthropologists and sociologists) as well as state forces who wish to categorise groups into ethnic hierarchies that reflect colonialist ideas. Western governments rely on the label ‘tribe’ to classify groups unfamiliar to them, especially during political conflicts. In its latter use, when the term is imposed rather than fitting the subjective reality of individuals, this classification can be problematic. My post focuses only on the latter categorisation not on Indigenous or other people who identify with a tribe.

When the term “tribe” is imposed, especially during times of political conflict, war and colonisation, it is often muddled up with notions of culture, language, religion and ethnic identity. The notion of tribe hides these overlapping but distinct social relations. It makes social groups seem as if they fit into neat groups, but in reality, the imposed concept of tribes has led to many policy problems.

Let’s take a look at the complex identities of the Tausug and how the notion of ‘tribe,’ as imposed by Spanish and American colonialists, at different points in time, is problematic. END_OF_DOCUMENT_TOKEN_TO_BE_REPLACED

I’ve been reflecting on some of Australia’s political uproars from last year. This one comes to mind because it makes explicit Australia’s enduring class struggle for power. The Palmer United Party became embroiled in a derogatory exchange about Australian voters who are supposedly “bogans.” An email was leaked where Dr Alex Douglas (former MD), a Queensland MP in the Palmer United Party, calls Australian voters “bogans” who live “empty lives” and survive on a “diet of grease.” He also says of bogans: this is a “world we see daily and quietly hope will disappear.” These words exemplify class derision. Bogan is a colloquial term used on working class and rural Australians who are seen to be uncouth or poorly educated. END_OF_DOCUMENT_TOKEN_TO_BE_REPLACED

In the Howard years Australia became a much meaner and more self-interested country … We are the richest people per capita in the world, if you just look in material terms, and we are the richest people ever to live on the Earth… Yet there’s this air of dissatisfaction and a feeling that we are being cheated, and that is a cultural shift that came out of the Howard years and has been promoted mightily by the Murdoch media — and that flows on through the ABC and all the other radio shock jocks and so on….

People voted for that with their eyes wide open [on the removal of environmental policies]. And I might add to that, that they voted for $4 billion dollars in foreign aid to be not spent.

END_OF_DOCUMENT_TOKEN_TO_BE_REPLACED 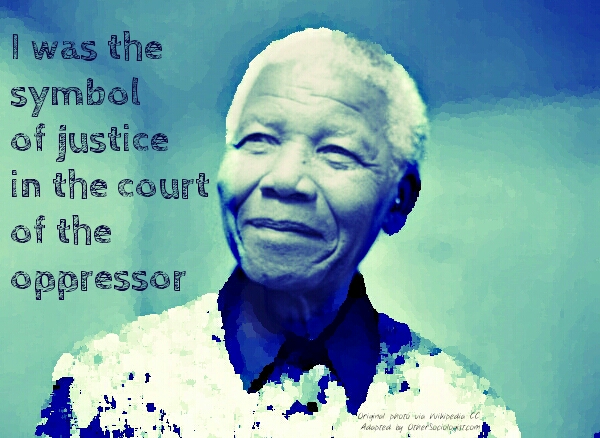 In their excellent study, Davide Morsellia and Stefano Passini draw on social psychology and sociology in order to compare the social and political influences on three world leaders of civil rights movements in three different societies: Nelson Mandela in South Africa, Mahatma Gandhi in India and Martin Luther King Jr in America. The researchers argue that these three world leaders engaged in “prosocial moral disobedience” – that is, they actively went against authority despite the personal persecution that followed. They did so not simply due to personal qualities, but as a direct result of their socialisation. Mandela will always be remembered as an extraordinary individual, as will Gandhi and MLK. This post will show that this is not the way these leaders understood their lives and activism. My post will explore how Mandela’s moral development and personal attitudes were affected by social context. END_OF_DOCUMENT_TOKEN_TO_BE_REPLACED

This video raises issues about how traditional media outlets are paying for and seeking out certain types of opinion writers. It’s about “writing noise.” It’s about filling air time while appearing to offer diverse views. As these freelance writers say, some of them will “spam” editors with blog post ideas until someone takes bait. Others will tailor their opinions according to the publication or news outlet, which suggests there is little genuine opinion or critical analysis. Some of these writers also talk about how their opinions are solicited but go unpaid. END_OF_DOCUMENT_TOKEN_TO_BE_REPLACED

On the 17th of November, Chile voted in the national election. Michelle Bachelet has won twice as many votes as her major opponent (47% of votes) but this may not be enough for a win.

Al Jazeera English explore the importance of student activist movement on the election. Students protested for free education and improvement of services. Bachelet was popular amongst low income and among younger voters, but not everyone was convinced that social change can happen. 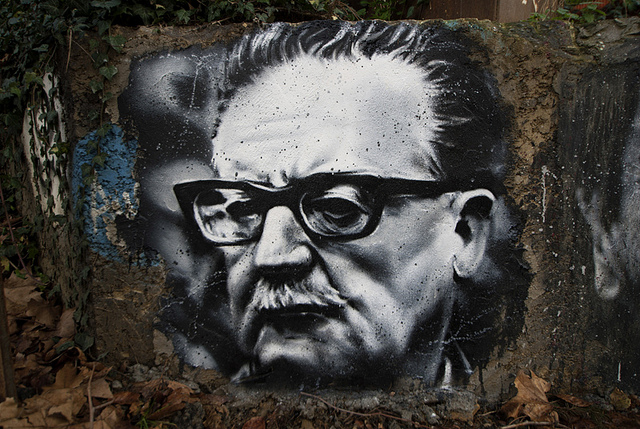 Today is the “Other September 11.” On this day in Chile, 1973, President Salvador Allende was killed in a coup by Augusto Pinochet. My blog post explores the ongoing impact of this event on Chileans living in Australia.

In his historic speech, Allende’s final address to the nation, he talks of his sacrifice against imperial forces and his vision for the future. SBS News has a great website commemorating this event, including the role that the Australian Government played in feeding intelligence to the USA, which eventually led to the rise of the Pinochet regime. When the Australian Labor government came to power in 1972, Prime Minister Gough Whitlam is said to have been appalled about Australia’s involvement in the coup and removed his Government’s political support.