On 27 August 2021, in his maiden speech to the Peruvian Congress, Guido Bellido, Prime Minister of Peru, was heckled by his fellow politicians, and reprimanded by the President of Congress for giving an extended welcome in Quechua and Aimara. Quechua is the language of the Quechuan people, the largest Indigenous group in Peru. Aimara is the second largest Indigenous group. Bellido is Quechuan. He was elected as the Cusco representative for Congress on 29 July 2021. Cusco is a Quechuan-majority region, where citizens have a legal right to Quechuan language services, and public servants must speak at least basic Quechua. As a public servant and Indigenous person elected to serve Cusco, Bellido had a legislated right to speak Quechuan.

Quechua and Aimara are both official national languages of the Republic of Peru, alongside Castellano (Español, or Spanish spoken in South America). Quechua has an ongoing influence on the evolution of Castellano in Peru. This includes every day words, grammar, conventions used for the third person, and regional variations of speech.1

Indigenous languages are the original mode of verbal communication in Peru. The events in Congress reflect the pervasive impact of race on politics and all other aspects of society.

To explore the functions of race in Peru, I begin with an examination of Bellido’s speech as a case study of race. I’ll then explore the history of race and language in Peru, before discussing why racial inequality persists despite the development of Constitutional right to language and ethnic (cultural) autonomy. I then deep dive into a racial profile of Quechuan people, using data from the most recent Census.

END_OF_DOCUMENT_TOKEN_TO_BE_REPLACED

Today’s Weekends With a Sociologist lunges us into the heart of Australian suburbia. There’s revelry in Australiania, a notion that I’ve never been especially comforable with, but we’re plunging in all the same! You’ll see there is much to cringe about, and more delights in store, in Jon Campbell’s Word. The Irish-Australian migrant artist lives in Coburg, an inner Northern suburb of Melbourne. The exhibition is based on his artworks that use numerous light boxes to emphasise the language of the working class in the inner Northern and Western suburbs of Melbourne, the typical signage seen along country roads, and Anglo-Aussie surf culture. Banners host Aussie venacular, pub menu items, live music posters, and peculiar messages familiar to locals.

This exhibition includes Stacks On (2010) and the 65 metre mural commissioned by the Museum of Contemporary Art.

END_OF_DOCUMENT_TOKEN_TO_BE_REPLACED

Why are spelling conventions in English so peculiar, such as with the silent “b” in “doubt”? It’s due to the influence of Latin culture and symbolic capital. Symbolic capital describes the immaterial resources that people draw on in order to maintain or improve their social status. Language, literature, the arts and other forms of culture act as symbolic capital that signal our belonging to a particular class. Language and culture are also used to elevate the authority and economic achievements of dominant groups.

Throughout history being able to speak and write Latin has been a sign of being upper class. Latin was also important to the religious elites who acted as scribes that documented culture and history.

Latin drew on French language rules as French grew out of Latin. The French word for doubt has a “b” which is why Latin scribes used it when they started to catalogue English in written texts. English is a Germanic language that was spoken by the masses long before it was written down and so the elites reflected their own linguistic norms on the English written form rather than following the spoken rules.

This Chalking Points video documents this history on brief.

In a fun rummage through vintage sociology, I found an interesting study by Isidor Thorner. Writing in 1951, he used a survey of Americans from various backgrounds to determine the relationship between New Year’s Resolutions (NYR) and Protestant values. Below I take a look at the major findings of Thorner’s study, exploring the historical and cultural variations of resolutions.

Protestant culture highly valued the idea of being in full control of one’s emotions. This meant being organised and denying oneself frivolous pursuits so as to be free to fulfil religious duty. Not adhering to these strict values brought about great personal shame.

Thorner argues that the New Year’s resolutions helped Protestants to manage their emotional baggage, and that over time, this practice lost its religious connotation and spread more widely.

END_OF_DOCUMENT_TOKEN_TO_BE_REPLACED

Being bilingual opens up new worlds to speakers. It also appears to delay the onset of dementia…

In the Hyderabad region, a language called Telugu is spoken by the majority Hindu group, and another called Dakkhini by the minority Muslim population. Hindi and English are also commonly spoken in formal contexts, including at school. Most people who grow up in the region, then, are bilingual, and routinely exposed to at least three languages.

The patients who contributed data to the study, then, are surrounded by multiple languages in everyday life, not primarily as a result of moving from one location to another. This turns out to be an important factor, as the authors explain:

In contrast to previous studies, the bilingual group was drawn from the same environment as the monolingual one and the results were therefore free from the confounding effects of immigration. The bilingual effect on age at dementia onset was shown independently of other potential confounding factors, such as education, sex, occupation, cardiovascular risk factors, and urban vs rural dwelling, of subjects with dementia.

In other words, thanks in large part to the study’s cultural context, these researchers made great progress zeroing in on bilingualism as the specific reason for the delay in dementia symptoms.

What exactly is it about the ability to speak in two languages that seems to provide this protective effect? Alladi and co-authors explain:

The constant need in a bilingual person to selectively activate one language and suppress the other is thought to lead to a better development of executive functions and attentional tasks with cognitive advantages being best documented in attentional control, inhibition, and conflict resolution.

Read the study in Neurology (behind a paywall). Or check out these open source links:

Links via Nicodin Bogdan on Science in Google+.

Sociology defines culture as something we do (social practices). It involves using things such as dress and food to communicate our social belonging to particular groups, as well as using other physical resources (materials). For example, wealth influences our ideas about what “good” culture is or isn’t. If you’re middle class you may see graffiti as a nuisance, but if you’re poor or working class street art is a form of social resistance and community expression. END_OF_DOCUMENT_TOKEN_TO_BE_REPLACED

A recent survey by the Australian Academy of Science shows that people know less about basic science than they did three years a go. Should we be concerned that people don’t know that it takes one year for the Earth to orbit the sun? If so what should we do about it? What is the social significance of scientific thinking? END_OF_DOCUMENT_TOKEN_TO_BE_REPLACED

A three year study has charted the changes to British Sign Language. Younger deaf people no longer use signs that are now considered culturally offensive, while older people continue to use these signs depending upon region, age and class. Some signs have been re-appropriated by minority groups, such as the “old” sign for gay. Just as spoken language is influenced by sociological factors and historical changes, so too is sign language.

Economist-Staff is a website whose sole purpose is to point out white cultural dominance within The Economist, one of the world’s most respected economic publications. The Economist magazine shapes its global economic analyses through highly specific racial, ethnic and linguistic lenses.

The Economist-Staff website began in response to an article in The Economist that attempted to answer “Why are Korean women so good at golf?” The Economist Staff points out that is a problematic question to begin with, let alone the article itself, which reproduces racial and ethnic stereotypes. Check out the rest of the Economist-Staff site, which refutes The Economist’s claims that the magazine is about diversity, and that it is “the enemy of privilege, pomposity and predictability”. In the graphics below, we see that one way through which whiteness discourses are perpetuated in the magazine is through the English language.

END_OF_DOCUMENT_TOKEN_TO_BE_REPLACED 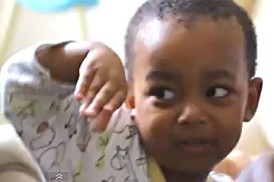